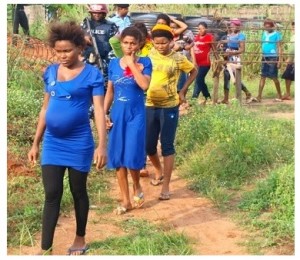 The Ogun State Police command has rescued about eight (8) pregnant women which include some teenagers from what is assumed a baby factory at number 9 Sebanjo Crescent, off Fabolude Busstop, Akute, Ifo Local Government in Ogun State.
It is believed that a man in his fifties and a 26years old woman who were arrested run the ‘factory’.
According to the confession of the girls, each new-born baby is sold for N300,000.

Check  out the CHANNELS TV footage below: