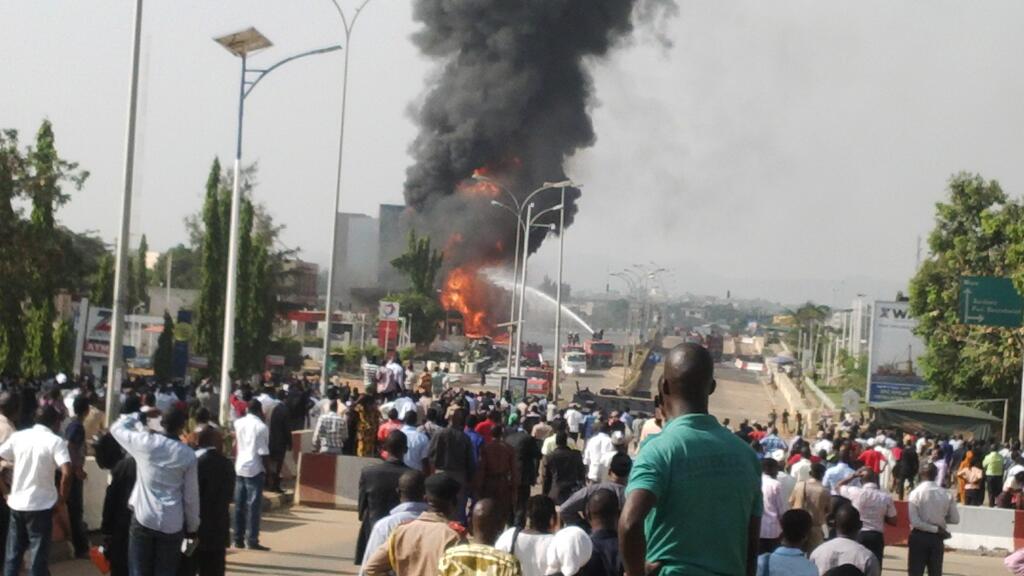 The National Emergency Management Agency (NEMA) said on Thursday that there has been a pipeline explosion at Ogijo-Ilara, behind the Redeemed Christian Church of God camp along the Lagos-Ibadan Express Road.

In a statement by NEMA made available to the News Agency of Nigeria (NAN) in Lagos, NEMA said that the explosion occurred around 3.25 a.m. when suspected vandals broke the pipelines and installed two valves which they used in siphoning fuel into tankers.

It said that the tankers were parked across a creek far away from the area and linked through a hose.

The statement said that the fire was brought under control around 10.30 a.m. by the Ogun State Fire Service, NNPC’s safety agents and NEMA’s safety officials.

It said that the valves were shut down immediately, adding that re-streaming of supplies would commence as soon as possible.