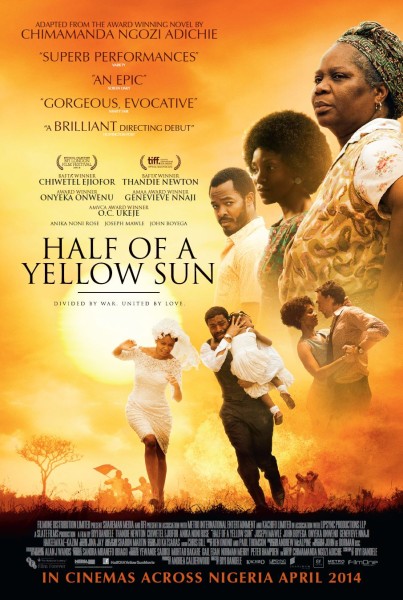 The much awaited Lagos premiere of Biyi-Bandele‘s directed Half Of A Yellow Sun Movie has been set for Friday 25th April, 2014.
Half Of A Yellow Sun is the adaptation of Award Winning Author, Chimamanda Ngozi Adichie‘s second novel which goes by the same title.
The World Premiere of the movie which tells a story of war and love was at the 2013 Toronto International Film Festival in September. It was premiered in London at the BFI London Film Festival in October.

Release dates for the movie has been set to: 27th March (Australia), 11th April (United Kingdom), and a Summer date (United States Of America).

Check out the trailer below: