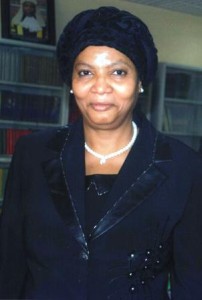 President Goodluck Jonathan has sent the name of Zainab Bulkachuwa to the Senate for confirmation as the President of the Court of Appeal.

Ms. Bulkachuwa is already a judge at the court.

The nomination must be confirmed by the Senate before the judge can be sworn-in.

Ms. Bulkachuwa will head Nigeria’s second highest court at a time Nigeria’s judiciary is also headed by a female.