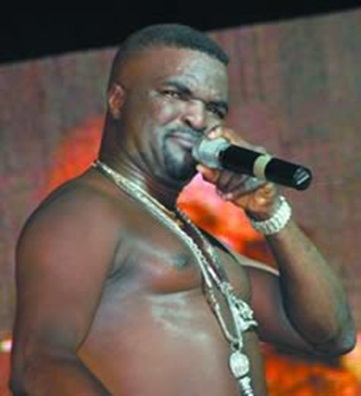 The recent reports that Fuji artiste, Alhaji Abass Akande popularly known as Obesere raped a 29 years old businesswoman, Olanike Olaiya is gathering more storm as she has now revealed that Obesere inserted a ring into her vagina and she believes it is for a ritualistic purpose. She also revealed she has been bleeding and been suffering pains as a result of that.

According to the graduate of Ibadan Polytechnic, the bleeding, pains and fear of the ring he allegedly inserted into her vagina after raping her was the major reason she reported to the police. She revealed to Vanguard Newspaper that she was not pleased with the manner the State Criminal Investigation Department, SCID, Panti, Yaba, Lagos had handled the case. She claims the Investigating Police Officer, Jacob is trying to favour Obesere in the case

“I knew him barely two weeks ago and we were talking business. But he raped me on our first meeting in his house.
“Like I told you earlier, I met him through a friend who is much older than me — she is over 49 year old— and she told me that Obesere helped her in her business and he could do same for me.
“She was the one who arranged the meeting at Obesere’s house, but Obesere made me wait for at least five hours until it became late for me to go after the meeting.
“Even when I insisted, he refused to let me go claiming his area was not safe and that everybody knew I was in his house.
“I slept over, but not in his room. He raped me and inserted a ring in my private part. I wouldn’t have gone to the Police if it was just the rape because it was my fault. As an adult, I should have known the danger of passing the night in a stranger’s house.

“I went to the police because I was bleeding and when I informed him about it, he didn’t take me seriously. He asked me to go to a private hospital in Ejigbo. But when I got there, the doctor did not even touch or examine me in any way.

“He just asked that I go for a scan, which is not done in that hospital. I left the hospital in pain and I reported the matter to the police.

“I wanted the police to be aware of what happened and prosecute him for forcefully having sex with me against my wish.

“I also have to clarify the issue of wanting to blackmail him. From the beginning, I rejected all the money he offered me as settlement.

“You can ask the DPO at Isolo. He is aware that I rejected all the money he offered me. All I wanted was for him to be prosecuted for taking advantage of me because I slept in his house.

“Also, I wanted him to explain to the Police why he inserted a ring into my private part that made bleed for two weeks and possibly reverse any ritual step he may have taken.

“As I speak with you, I am still going through pains. After the bleeding stopped, I have continued to have problems with my reproductive organs. That was why I went to the police, I wanted them to investigate and prosecute him.

“But what I am getting from the IPO is terrible. He is trying to destroy the case and set Obesere free at the expense of my life and dignity.
“He discarded the medical report from the General Hospital and he upheld that of Obesere’s private hospital, saying their report was the correct one. As I speak with you I am not feeling well at all.”