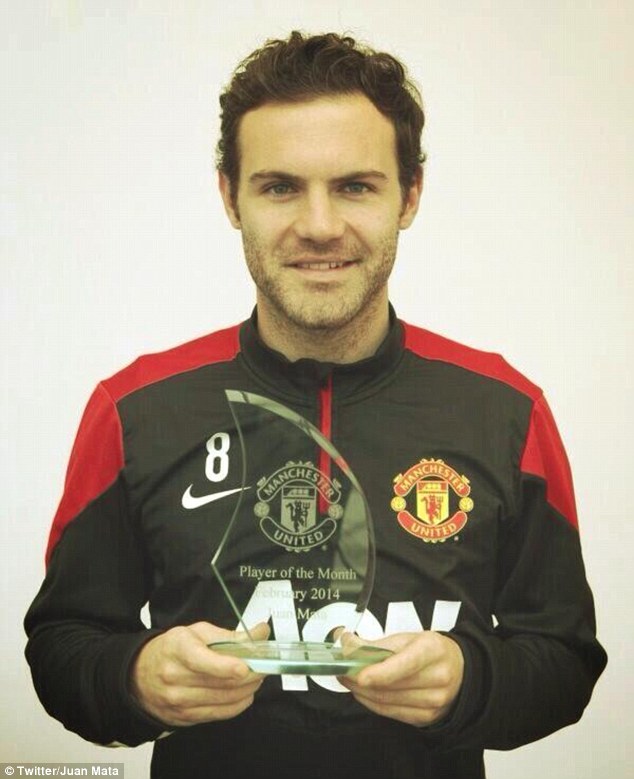 Petite midfield maestro, Juan Mata has been named Manchester United’s player of the month for February despite watching his team win only one game in the past month; the 2-0 victory at Crystal Palace.
Fans of Manchester United on the club’s six foreign language websites voted for the award and Mata was the chosen one. Patrice Evra and Nemanja Vidic came close at second and third respectively.

For bagging that award, Mata was presented a trophy and a £500 cheque to go to a charity of his choice. The Spaniard was apparently pleased about the recognition accorded to him

‘It’s amazing for me to be awarded with this prize after my first month. I have played just a few games, five games I think, and I am really grateful the fans have voted for me.‘I feel really happy. Life in Manchester is good, I have already found a house, I have a new home and I am trying to know different places around the city. It is a really nice city to live in. It is quiet, relaxing and you can be focused on what is important – playing football.’

Wilshere Ruled Out Of Action For Six Weeks