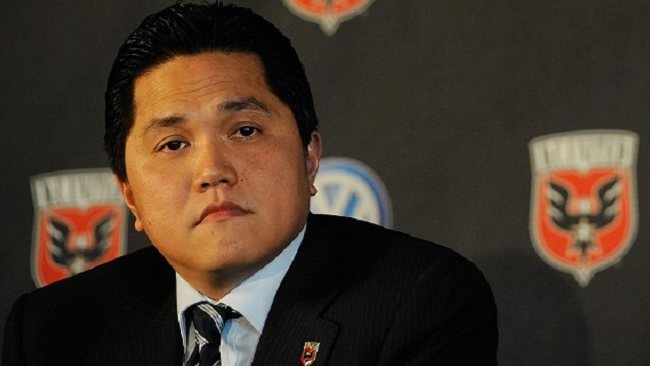 Italian giants, Inter Milan completed the signing of Nemanja Vidic this week ahead of next season’s campaign but that’s not all from the Milan-based side.

Inter’s President, Erick Thohir has made it clear that the Nerazzuris will be further strengthened in the summer with more key signings

Inter Milan had earlier secured the services of Hernanes from Lazio in the winter window and have sealed a free transfer deal which will see Manchester United’s defender, Nemanja Vidic move to the Guiseppe Meazza in the Summer.

“We might add a few players for next season. We’re building a team for the next few years,” Thohir was quoted as saying on the club’s official website.

“With Hernanes I think we have leadership in the middle. With Vidic we have a leader in the defence.

“I think we need to create stability in the team but I think by next season the average age of the team will be 26.5 years old.

Puyol To Depart From Barcelona At The End Of The Season