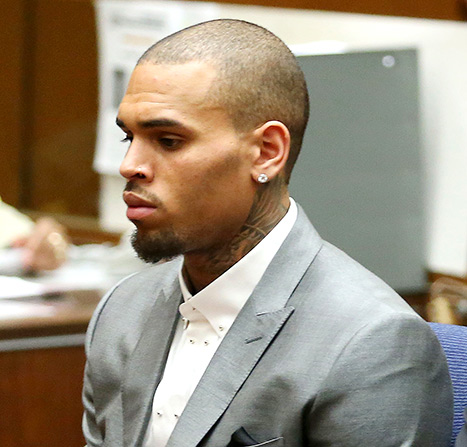 During a court appearance in L.A. on Friday, Feb. 28, the entertainer’s rehab facility confirmed the report.

The facility said in a letter, obtained by TMZ “Mr. Brown became aggressive and acted out physically due to his untreated mental health disorder, severe sleep deprivation, inappropriate self-medicating and untreated PTSD,”
It continued: “Mr. Brown’s attitude has been beyond exemplary in regard to his community service responsibilities.”

The letter also stated that Brown, 24, has tested negative for drugs during his stay, and has been put on medication for his conditions.

Brown voluntarily checked himself into rehab on Oct. 29 after allegedly assaulting another man, Christopher Hollosy, in Washington D.C. The “Forever” singer has completed 95 days of anger management therapy, and was ordered Friday to stay in rehab for two more months.

Fmr US President, Bill Clinton Surrounds Himself With Prostitutes [Pictured]