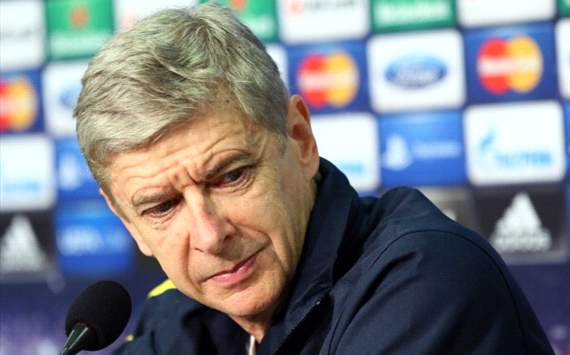 Despite the below-par performances of English teams in the first leg of the round-of-16 Champions League matches, Arsenal coach, Arsene Wenger believes it is too early to criticize the premier league sides.

Wenger watched his team lose 0-2 to Bayern Munich at the Emirates after one of his players was sent on an early bath in the first half.

Manchester City also lost 0-2 to Barcelona at home. Olympiakos defeated Manchester United 2-0 in Greece. Just last night, Chelsea drew 1-1 with Galatasary in Turkey therefore becoming the only English team to avoid defeat in the 1st leg fixtures of this season’s round of 16 fixtures.

“I think you have first to realize that all four [English] teams came out of the group stage. That means the level is there.  After only one game, you cannot judge a general trend.”

“Of course you know that with 10 men it will be a difficult game. After that the other two teams are still in positions, Man United and Chelsea, where they can turn the results around.

“Let’s wait until the end of the second game before talking about a trend of strength or weakness.”

Mr. Wenger, we are waiting!