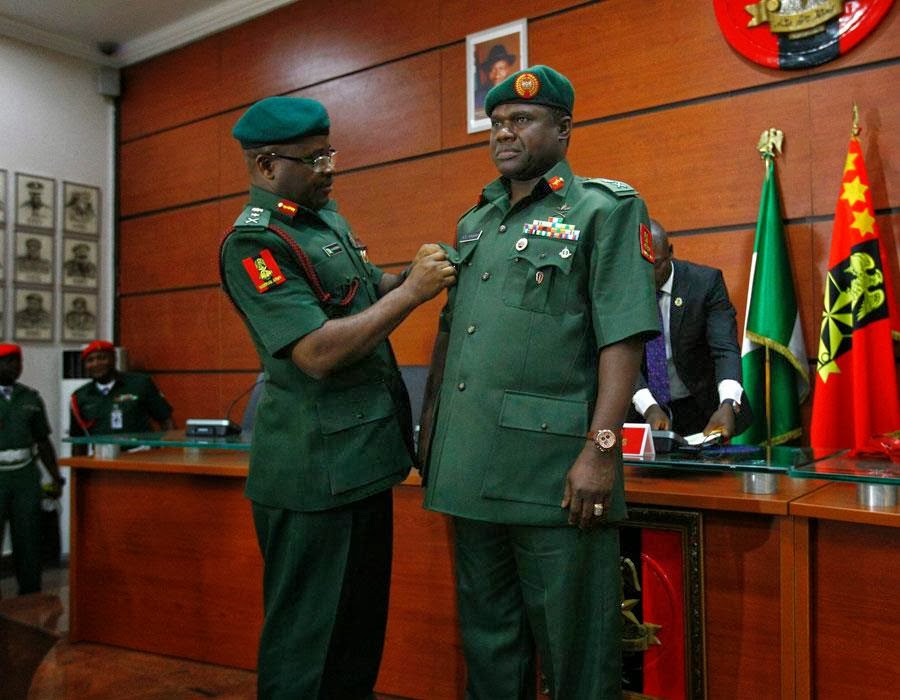 Nigeria’s Chief of Army Staff, Maj. Gen Kenneth Minimah has been directed by the Nigerian Senate Committee on Defence and Army to temporarily relocate his office to Maiduguri, the capital of Borno state. The committee believes this will help improve the acts of terrorism currently being perpetuated in the North East.

This is coming at a time when students of Federal Government College, Yobe state were brutally murdered . The COAS has been asked to provide special security for all schools and health institutions in the Northern states suffering crises.

This directive was given by the committee when Major General Minimah came to defend the budget of the Nigerian Army.

The chairman of the committee, Senator Thompson Sekibo also asked the Nigerian Army to invent new ways of curbing the incessant killing in the north east.