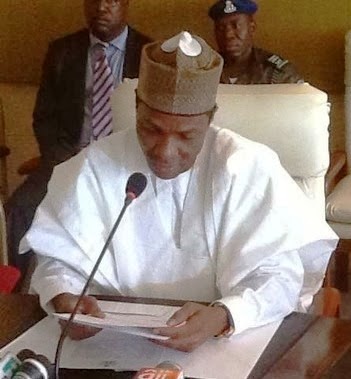 In an interview with THISDAY Newspaper in Sokoto, the State’s Deputy Governor, Alhaji Mukhtari Shehu Shagari asked Northern Leaders to pay the South South region for all their support over the years by re-electing President Goodluck Jonathan in 2015.

He revealed that the Niger Delta people help the North  during the first, second and third republics to form the federal government. He further stated that there was an existing political relationship between the people of the Niger Delta and the North. He urged northern leaders to help President Jonathan remain in power come 2015

“I don’t really want to talk about the northern elders because I don’t know for whom they are speaking. But all what I am trying to say is that nobody in the North can deny the fact that there was a political relationship between the people of the North and people of the South-south brought about by the late Sardauna, Ahmadu Bello, Tafawa Balewa, Shehu Shagari and Melford Okilo.

“Even when the late President Umaru Musa Yar’Adua came, he was given an overwhelming support by the South-south and he won the 2007 elections. I am telling you the reality that nobody can deny such relationship. So, the North should reciprocate the gesture of South-south over the years because one good turn deserves another”.

“And now that their own (Jonathan) is there, if he decides to go for a second term, I think we have the duty to support him and after that, the possibility of a northerner becoming a presidential candidate under the PDP is there and then we will need their support. So, the relationship between the people of the North and South-south politically is a very strong pillar of unity in this country”.

Amaechi, Atiku & Others Will Not Return To PDP – Eze Chukwuemeka