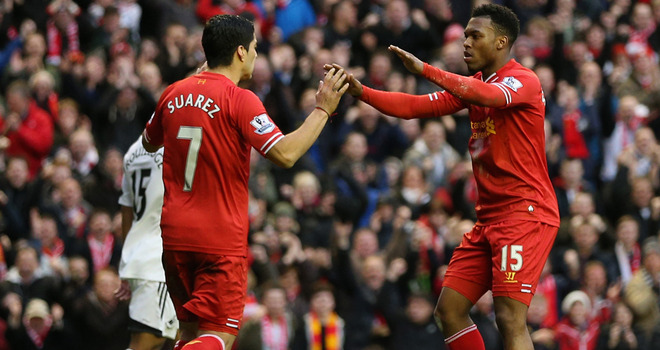 Liverpool’s Premier league title bid seems back on track as they defeated Swansea City 4-3 at Anfield on Sunday.

The match was characterized by a lot of defending and superb attacking play by both sides.

Swansea drew level with Liverpool twice during the encounter. Daniel Sturridge had scored in the 3rd minute. Midway through the first half, Henderson finished beautifully for Liverpool.

Jonjo Shelvley and Wilfried Bony however scored two goals within three minutes with Shelvley netting a beautiful goal against his former club.

Just before the break, Sturridge netted his 18th league goal to make the scores 3-2. Liverpool’s joy will not last for long as Bony leveled scores early in the second half from the penalty spot.

16 minutes from time, Henderson sealed the game for the Reds  with his second goal in the game.

Liverpool are now within four points of league leaders, Chelsea.

“I’m Not Over Chelsea Yet” Ivorian Striker, Didier Drogba Considers A Comeback