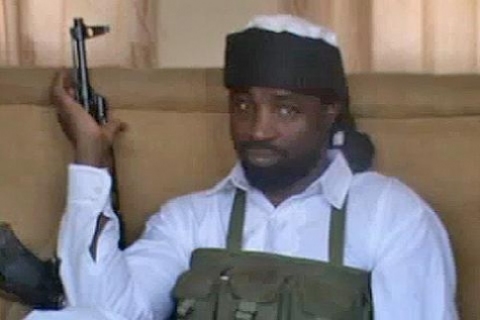 News of the surging violence by the shadowy sect, Boko Haram, has continued to inundate us even if some no longer shudder at screaming headlines of dozens whose throats have been slit; the extremists have sustained the ongoing brutal campaign against civilian and security targets. The vicious group has showed no sign of slowing down in 2014 with a string of coordinated attacks from Borno to Adamawa and Yobe states. It is inconceivable and incomprehensible in a state under emergency, that terrorist attacks in villages and towns last for hours without any kind of security intervention. The escalation of violence between January and February alone has claimed over 650 lives between Borno and Adamawa. For now, Gwoza, Bama, Konduga and Damboa towns and all the villages around them are facing extinction! The insurgents have left on its trail: lives lost, properties destroyed and terrified residents fleeing their homes. Guerilla tactics in rural areas have made the people vulnerable where Christians and Muslims alike have been on the receiving end of the morally reprehensible sect’s abhorrent violence.

Borno, to Boko Haram, is their spiritual home where the ‘struggle’ began. Losing the battle on this turf to the federal forces will effectively signal the end of their insurrection. In this state, their attacks have been more vicious, somewhat sporadic but with a high level of coordination unexpected in a state under emergency. Their resolve is strengthened by the scores they slaughter in the wee hours of the night. The Nigerian military still has a lot to prove that it is capable of putting down the insurrection.

Guerilla wars (better known as asymmetric combat) are the most difficult to prosecute because the enemies live within the civilian population. Security operatives become vulnerable because they are identifiable but the terrorists are almost invincible. It might be asking for too much from the ill equipped and trained Nigerian military to wage a successful war against them. Such an operation is quite complicated and requires cerebral personnel. It is doubtful if the Nigerian military give adequate training to its men to fight guerilla wars – a 21st century security challenge. The unimpressive way the counterterrorism campaign has been waged by the combined team of security agencies have laid bare their conventional and stereotype inbuilt structure of warfare where there is a clearly defined enemy in a well-defined geographical location. The Nigeria military’s symmetric approach to an asymmetric counterterrorism battle in states under emergency, clearly, has failed. The spate of almost daily attacks on hapless civilians in Borno underscores this point. Their modus operandi is similar to all known terrorist groups in the world. The trademark of the organization is blood, tears and sorrow with both covert and overt violent assault against police officers, military, churches and civilian targets. These persistent and mindless killings from highly networked, richly financed groups waging insurgent war often from within civilian population, use a combination of traditional and modern weapons. There tactics can best be mitigated and/or quelled by military operations backed by the most sophisticated and technologically advanced security gadgets. It is a known fact that the structure and design of Nigeria’s national security is too outdated to meet present day security challenges. It has also been reported that the morale of the military and police is ebbing. In contrast, Boko Haram is better armed and motivated. Years of corruption in the military and police have robbed us of the best.

Consequently, the cruel marauders pose a serious threat to the nation’s sovereignty and the continual harmonious co-existence of the various tribes and religions. The possibility of overrunning the country is real.

However, Nigeria’s security challenges are not insurmountable. With commitment and a dogged political will from the government, the nefarious activities of the blood thirsty fundamentalists can be effectively contained. Furthermore, government should tighten what many now regard as the most porous border in the world! We would easily win any award in that category. There is still an ongoing war in Mali; it’s only been months since the Arab Spring ended. All these have put arms and ammunition in the wrong hands.
Those who proliferate these weapons move them across our borders to a mix grill ready market of terrorists, pirates, hoodlums, unrepentant and backsliding ex-militants, 2015 election tugs and other criminal minded elements.

To quell this increasingly complex threat, the tangled-web of terrorist financing must be demystified and those found wanting brought to book. Collaboration like joint military action with our West African neighbours to combat threats along border towns and villages is a strategy the military should urgently explore as part of a comprehensive approach to counter the deadly extremists.

The fierce unrelenting assault on neighbouring villages bordering the Borno state capital, Maiduguri, has highlighted the inefficiency and numerical disadvantage of the Nigerian military and police. With over 8000 troops deployed already to the subregion without any success, the International Criminal Court was spot on when it said Nigeria was embroiled in another civil war. Remote border towns with Cameroon like Banki, in Bama Local Government Area have been the worst hit as the remoteness of their location have made it almost impossible to respond to distress. Recently, the military decried insufficient personnel in such remote towns and villages, as its bane. Residents say in some villages, about six military men, poorly armed, and just about half a dozen policemen are present. This is grossly inadequate and easily outnumbered by over 50 insurgents who storm these target locations in vehicles and motor bikes, armed to the teeth. The presence of more security personnel in the remote villages will to a great extent improve the security situation.

It is ridiculous when our security chiefs give themselves a pat on the back for ‘curtailing’ the Islamic fundamentalists in the North East, preventing their activities from spreading to other parts of the country. This kind of attitude that promotes mediocrity in the rank and file of our national security must be discouraged.

Sabotage, negligence of duty and unhealthy competition among the security agencies are some of the reasons insecurity has been on the rise in the troubled states of the north east, particularly, Borno. The military offensive against the sect has been nothing short of a complete failure.

It is shameful that politicians under whose watch the insurgents evolved still strut the corridors of power, and are partisan politicians till today. It must be traumatising for the victims of Boko Haram. Unfortunately, those who sowed the seed of bloodbath are still at large. Sponsors of the terror group, directly or indirectly, must be brought to justice. Prosecuting the counterterrorism war without exposing and prosecuting their financiers will amount to an effort in futility.

The spirited attempt by the Jonathan government to fight terrorism with mass education of Almajiris is commendable. More of such schools is needed in northern Nigeria. It is an approach that should be encouraged to fight an insurgency that is firmly rooted in illiteracy and ignorance.

Dealing decisively with the grievances that are spawning terrorism and encouraging radicalisation as well as implementing reforms and policies are pathways to restoring lasting peace, security of lives and properties in the north-east and the nation at large.

Now, more than ever, decisive and sustainable victory against Boko Haram has become more elusive but imperative.

Reno Omokri: On Sanusi’s Suspension, The Opposition And Politwitters