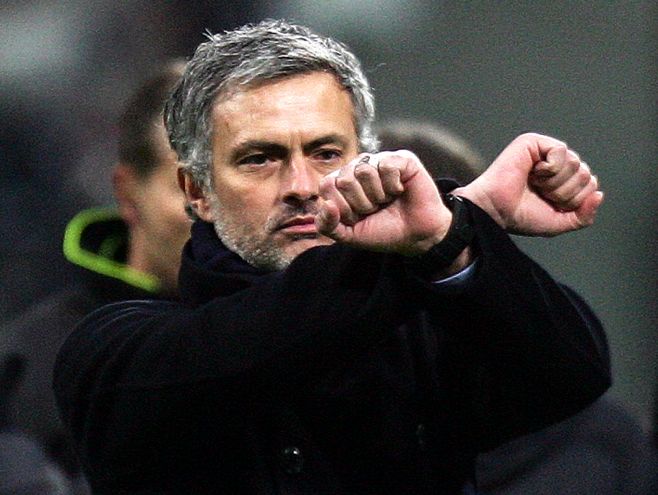 Chelsea manager, Jose Mourinho is of the opinion Manchester City can progress in the Champions League against Barcelona.

The Mancunian blues Barca at the Etihad Stadium on Tuesday evening after thumping Chelsea 2-0 in Saturday’s FA Cup triumph.

Mourinho, however – who has a long and fractious history with Barcelona – believes Tata Martino’s men have slipped from their pedestal enough this season to give City a good chance.

“Of course by history Barcelona is the favourite, but this Barcelona, this season, is showing that it is not the same in previous years.

“Of course they have [Lionel] Messi, he is special, and they have more than him. But I think this is the worst Barcelona of many many years, so City have a chance.”

Mourinho is an infamous figure in Catalonia; he defeating Barcelona while with Chelsea (first era) and Inter. As Real Madrid coach, he also had series of squabbles with the coaching staff of Barcelona