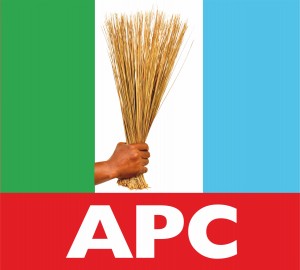 An Oyo State High Court sitting in Ibadan will commence hearing on Feb. 25 in a motion to stop the All Progressives Congress (APC) from conducting its membership registration in the state.

Justice Muktar Abimbola adjourned the case on Monday when counsel to Gov. Abiola Ajimobi of Oyo State, Mr Bowofade Aderemi, filed a motion to remove the name of his client from the list of defendants.

Aderemi said that his client was covered by the immunity clause as a seating governor of Oyo State.

Counsel to other defendants, however, asked for an adjournment on the grounds that they had just been informed about the case by their clients.

The respondents in the suit include Chief Akin Oke, Interim Chairman of APC in the state and Alhaji Razak Folorunsho, former Chairman of the defunct All Nigeria Peoples Party (ANPP) in Oyo State.

Also joined was Mr Suleiman Abiodun Oyaremi, Chairman of the defunct Congress for Progressive Change (CPC) in the state.

The motion ex-parte was brought to the court by Mr Adebayo Shittu, a former governorship candidate of the defunct CPC.

Shittu alleged that the APC had contravened its constitution and guidelines by engaging in activities that could jeopardise his aspiration and that of other members of the party.

He told the court that he was interested in contesting the 2015 governorship election on the platform of the APC in Oyo State.

Shittu said his interest would not be adequately protected unless he was represented and involved in the entire process as a member of the State Harmonising Committee.

He said that the Interim National Executive Committee of the party had recommended that the state Harmonising Committee be comprised of three nominees from each of the defunct ACN, CPC and ANPP.

Shittu claimed that he was the CPC nominee for the committee.

He also said that when the APC finally released names of appointees into the Oyo State Harmonisation Committee, his name was replaced with a person not nominated by the CPC.

Shittu urged the court to stop APC from continuing to violate his right, arguing that it could cause him injury if not reversed.

2015 Elections: President Jonathan May Declare His Intention In April