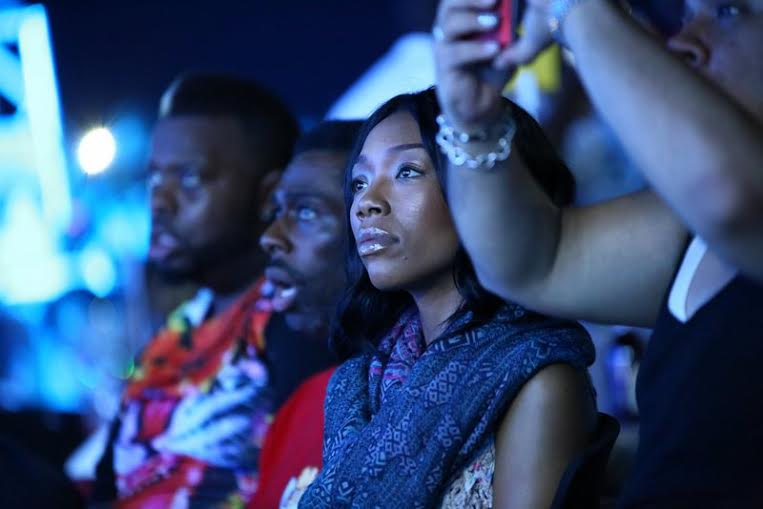 International singer, Brandy was spotted partying with Darey Art Alade, Kelly Rowland and others at the second edition of Love Like A Movie which held at the Eko Hotel & Suites on Saturday, February 15, 2014.

The event, which featured amazing theatrics and out of this world’s stunts had the singer dancing and singing along to Kelly Rowland’s exciting and energetic performances.

Following last year’s tradition, Love Like A Movie 2 which is put together by king of R&B, Darey Art Alade featured some of the most unforgettable concert experiences ever witnessed in Nigeria.

With epic performances from Darey Art Alade, Kelly Rowland, Waje, Tiwa Savage, Timi Dakolo, Mo Eazy, Zaina, Eva, Muna among many other acts, the Love Like A Movie series will remain the biggest concert to ever hold in Nigeria.

YBNL Boss, Olamide Is At The Summit Of This Week’s MTV Base Naija Top Ten