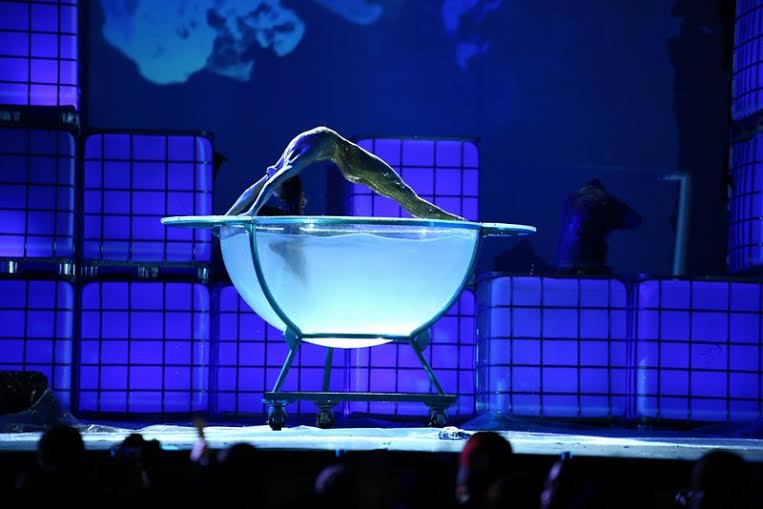 Just like last year, the second edition of Love Like A Movie will remain in the minds of many as the biggest and most innovative concerts of our time.

The event, which is put together by King of R&B, Darey Art Alade held on Saturday, February 15, 2014 at the Eko Hotel & Suites Oceanview Grounds. The jaw dropping show which featured International music star, Kelly Rowland left everyone spell bound with some of the most epic theatric displays ever witnessed in Nigeria.

With performances from former Destiny’s child member, Kelly Rowland, guests could not help but scream for more as they chanted Kelly’s name after she performed hit songs off the Destiny’s Child platinum tracks like Motivation, Bump Like This, Survivor, Jumpin, Independent woman among many other monster tracks.

Darey Art Alade was not left out in the fun as he opened the show coming down from the sky in a disco cube. Also later performing hit songs like Special Fever, Lady in Red, Just Like A Movie and other tracks, guests marveled at the unforgettable scenery that followed every performance for the night.

“I’m so grateful to everyone who came out for Love Like A Movie 2. I’m overwhelmed by the love and support my team and I have received so far and we cannot wait to blow your minds next season!” Darey said after the show.

Other big performers for the night include Soul Muzik signees, Mo Eazy and Zaina who showed great talent and energy as they premiered their new tracks, Sarewagba and Raggabomi.

With other pulsating performers from Waje, Tiwa Savage, Eva, Muna, Timi Dakolo, JJC, ariel dancers among others as well as multi concept costumes and a 250 feet crane, guests went home full of life and in full anticipation for Love Like A Movie 3.

Love Like A Movie 2 was sponsored by Etisalat and refreshed by Fayrouz.

Spotted! Brandy Norwood Was Present At 2nd Edition Of ‘Love Like A Movie’