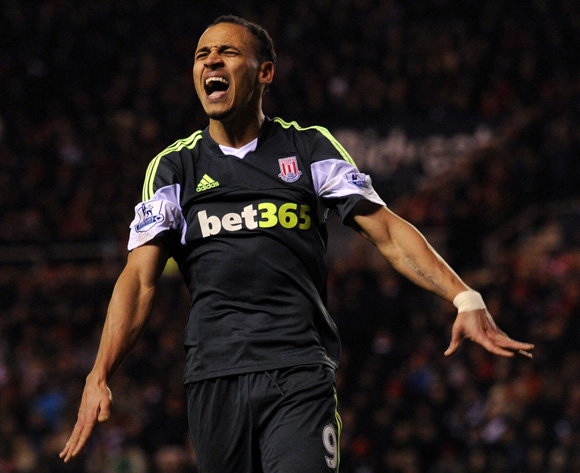 Nigerian footballer, Osaze Odemwingie was on target for Stoke City when they locked horns against Southampton at St Mary’s Stadium.

Four first-half goals were shared between both teams as Stoke came from behind twice to earn a point.

The Saints went ahead early on when Rickie Lambert curled in a free-kick from the edge of the area.

The away side leveled the scores through Osaze Odemwingie’s calm finish, before Steven Davis’s cross-shot put Southampton ahead three minutes later.

Stoke’s Peter Crouch headed home a minute before half-time, but neither side were able to find a winner and had to share points.