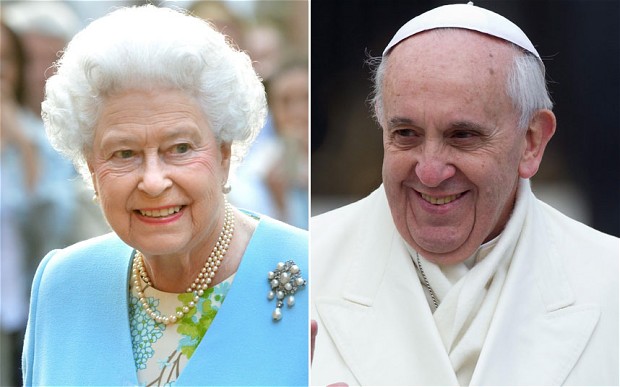 Buckingham Palace officials have announced that 87 years old, Queen Elizabeth II and the Duke of Edinburgh are to visit Rome later this year for a  meeting with Pope Francis.

The royal couple will also have a private lunch with Italian president Giorgio Napolitano.

The one-day trip in April was originally planned for last year but was postponed when the Queen Elizabeth fell ill.

The 87-year-old Queen, who is head of the Church of the England, has been cutting off trips recently and is gradually handing over some of her responsibilities to her son and the future king, Prince Charles.