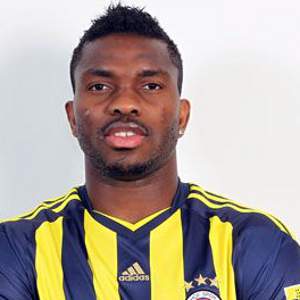 Nigeria defender, Joseph Yobo, has been talking about his loan move from Fenerbahce to English side, Norwich City.

The 33-year-old centre half trained for the first time with his new teammates at Norwich City and was quick to express his happiness on being offered a return to England by the Canaries.

He admitted that joining Norwich City is “a new challenge” which he looks forward to experiencing.

Yobo also disclosed he had other suitors from outside of England but “wanted to come back to the Premier League.”

“I trained yesterday but today it was with the whole squad so I’m happy to be here. I know a few of the players already, it wasn’t entirely new to me but I felt welcome.

“I’m excited that I had this opportunity to come back to England. It’s probably the best league in the world, and it’s a new challenge so I’m looking forward to it.

“There were loads of clubs from abroad who were interested in me, but the manager here convinced me and I wanted to come back to the Premier League.

“We had a week break for Christmas in Turkey, but then two weeks of training after that and it was good, so I’m ready to go,” Yobo told Norwich City’s official website, canaries.co.uk.

The Nigerian centre-back was signed on loan till the end of the season by Norwich City and is expected to be available for Manchester City’s visit to the Carrow Road this Saturday.

Yobo had previously featured in the Barclays Premier League for Everton.

Sunday Oliseh: Messi must not move