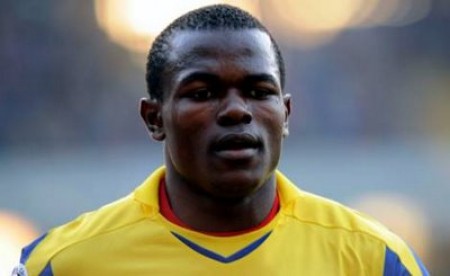 Obinna Nsofor will pocket 300,000 Euros for the five months he will be at Italian club Chievo Verona, MTNFootball.com has revealed

Nsofor is on 1.5 million Euros a year at Russian club Lokomotiv Moscow and it is now believed that Lokomotiv will keep footing his wage bills to that amount while he is in Italy.

Lokomotiv Moscow are in good stead to bag the Russian League title as they are currently tied on points with league leaders, Zenit Saint Petersburg,

Nsofor joined the Russian putfit in 2011 but has struggled for game time recently.

In contrast, Chievo is 16th in the Italian league as thy fight a relegation battle

Eneramo Scores For The First Time For New Club, Karabukspor