By Alexei Oreskovic and Gerry Shih 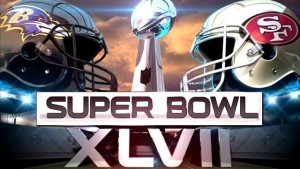 SAN FRANCISCO (Reuters) – More than 100 million people will be glued to their TV screens on Sunday, when the Denver Broncos take on the Seattle Seahawks in America’s premier sporting contest, the Super Bowl.

But two fierce rivals, Facebook Inc and Twitter Inc, will also be clashing head-to-head on a “second screen” that TV viewers will tune in for the big game.

The two social networks are jostling to be the venue of choice for fans to comment on big plays, the star-studded halftime show and of course the commercials – multimillion dollar productions by major brands that are often a draw in their own right.

The Super Bowl is the biggest stage for a broader battle that has intensified over the past year between the two behemoths of social media. By dominating online chatter during events such as the American football game, each company hopes to attract users and advertisers and capture a slice of the $70 billion spent annually on U.S. television advertising.

Both companies can serve up new ads in real time and can target specific audiences.

For years, the “second-screen” leader has been Twitter, which positioned its chatty, 140-character message platform as the go-to place for viewers to discuss events as they happen, from presidential debates to the Academy Awards. But Facebook, the world’s largest social network with 1.2 billion users – roughly five times the size of Twitter – is now making aggressive moves to get into the real-time conversation itself.

“Twitter is better at engaging in the real-time conversation,” said Quinn Kilbury, the brand director for Newcastle Brown Ale. “But Facebook is catching up quickly – and you can’t match their scale.”

This Super Bowl will be a major test for Facebook, which has spent the past year rolling out new features designed to close the gap with Twitter. The Menlo Park, California-based company has hired a team, including former TV producers, to help broadcasters extract insights about the Facebook users watching their programming, such as how a team’s fans breakdown by gender or geographic region.

For the Super Bowl, Facebook will team directly with Fox Sports, the network owned by Twenty-First Century Fox Inc, which is airing the game, to showcase pre-game chatter from Facebook and Instagram users alongside typical game stats. A specially created website will chart user data and comments in real time. The company has also actively encouraged athletes such as Carolina Panthers running back DeAngelo Williams to post commentary on the game to Facebook – athletes frequently use Twitter to sound off.

(Graphic of the Social Superbowl: http://link.reuters.com/ceg56v)

“Facebook offers a really unique experience as a place where you can go to discover great content, but Facebook also offers a very personal aspect as well,” said Justin Osofsky, Facebook’s vice president of media partnerships and global operations, who is driving the company to be something of a virtual sports bar where fans banter and spar.

After Seahawks cornerback Richard Sherman’s controversial interview during a playoff game earlier this month, 4.4 million Facebook users discussed the incident on the social network during the following three days, he said.

Facebook has made several tweaks that mimic its smaller rival. In December, it began displaying trending topics along the right side of the home page, a feature that Twitter has had on the left. Last summer, Facebook introduced “hashtags,” or clickable keywords with a pound sign that Twitter users often employ to keep track of viral conversations.

But Facebook regulars have not seemed to warm up to the new features yet.

A September study by EdgeRank Checker, a consulting firm that analyzes how marketing content performs on Facebook, showed that hashtags on Facebook posts had a negligible effect on making them go viral, while Twitter messages with hashtags were twice as likely to be retweeted.

Facebook is also hoping it will have more luck convincing marketers to feature Facebook more prominently in their TV ads.

Twitter also has a partnership with the NFL, which will also be tweeting content – including game footage – before and after the game.

As mobile adoption skyrocketed in the past three years, doubts about the effectiveness of reaching viewers via the “second screen” has gradually dissipated. According to a Nielsen study in June, nearly half of smartphone owners and tablet owners said they use their devices while watching TV every day.

“This is probably the year where a critical mass of people have heard the term second screen,” Pete Vlastelica, senior vice president of digital for Fox Sports Media Group. “I can’t imagine many people watching this without a second device in their hand. We’ve been designing the Super Bowl experience with that in mind.”

For many marketers, the potential of reaching football viewers on social networks was driven home during last year’s Super Bowl when the game was halted for 30 minutes in the third quarter due to a power outage at the stadium. Activity on Twitter surged, with tweets peaking at a rate of 231,500 per minute.

Within minutes, the Oreo cookie brand quickly created a cheeky Twitter ad reminding users that they could still “dunk” a cookie in a glass of milk in the dark. The ad went viral, quickly garnering 15,000 retweets, and underscored the potential for nimble advertisers to make a splash without paying for a million-dollar 30-second TV spot.

The lesson has not been lost on marketers, who with coaching from Twitter are setting up “war rooms” – physical or virtual – this year to monitor the game and seize on the right opportunity to make an impact.

“We don’t know what’s going to happen but we want a team that’s ready,” Neuwirth said.

While Sunday’s game will end with one team coming out on top, the contest between Facebook and Twitter will carry on throughout a full year of high-profile sporting events including the Winter Olympics and the World Cup.

“Advertisers want to be where users are,” said JMP Securities analyst Ronald Josey. “Every single event that brings big audiences together is going to be incrementally important for both companies,” said Josey.