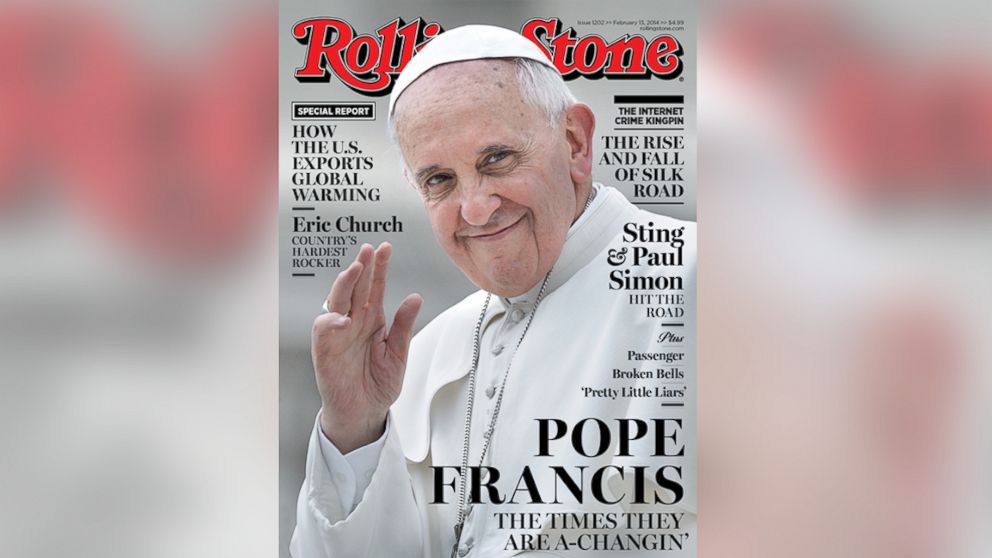 Rolling Stone is a rock music magazine and it is really surprising to see the Pope on it. The magazine’s contributing editor, Mark Binelli had some great words for the Pope:

“In less than a year since his papacy began, Pope Francis has done much to separate himself from past popes and establish himself as a people’s pope.”

“After the disastrous papacy of Benedict, a staunch traditionalist who looked like he should be wearing a striped shirt with knife-fingered gloves and menacing teenagers in their nightmares, Francis’s basic mastery of skills like smiling in public seemed a small miracle to the average Catholic.

But he had far more radical changes in mind. By eschewing the papal palace for a modest two-room apartment, by publicly scolding church leaders for being ‘obsessed’ with divisive social issues like gay marriage, birth control and abortion (‘Who am I to judge?’ Francis famously replied when asked his views on homosexual priests) and – perhaps most astonishingly of all – by devoting much of his first major written teaching to a scathing critique of unchecked free-market capitalism, the pope revealed his own obsessions to be more in line with the boss’s son.”