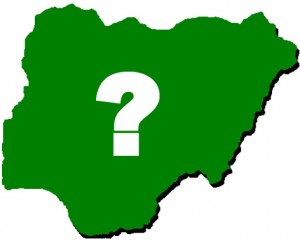 The modalities for the proposed national conference were enumerated to the media in Abuja on Thursday by the Secretary to the Government of the federation, Anyim Pius Anyim. He was joined by the Chairman of the Advisory Committee, Senator Femi Okunronmu and the Secretary, Dr. Akilu Indabawa.

Nigeria’s President, Goodluck Jonathan had during his Independence speech on October 1, 2013 set up a 13-Member Presidential Advisory Committee on National Dialogue under Senator Femi Okurounmu. The committee which was inaugurated on the 7th of October and  tasked with the responsibility of providing a framework for the proposed national conference.

“The Federal Government is satisfied that the Committee has diligently discharged its task to the nation and posterity. This is moreso, especially as one recalls the foundational principles of their assignment as espoused by President Goodluck Ebele Jonathan at the inauguration of the Committee. On that occasion, Mr. President emphasized that, “this is a National Project, a sincere and fundamental undertaking, aimed at realistically examining and genuinely resolving, long-standing impediments to our cohesion and harmonious development as a truly United Nation”.

The former senate President also pointed out that Nigeria’s President, Goodluck Jonathan is very positive about the National conference as a step in the right direction which will strengthen the unity of Nigeria and address the major issues on the front burner as the President felt Nigerians are already discussing national challenges through the print and electronic media and that the National conference is a right step in dealing with various grievances.

Anyim also thanked Nigerians for their immense support towards the proposed national conference. He particularly thanked members of the press for sustaining a quality debate about the national dialogue

He also made it clear that the government has put into consideration the reports of the advisory committee,

“‘I am pleased to inform you that Government gave the most expeditious consideration to the Report of the Advisory Committee. In doing so, we sought explanations and guidance from the members of the Committee as at when necessary. We were also deeply encouraged by the calls by Nigerians from all works of life for us to proceed with the Report of the Committee with uttermost urgency, so that the nation can be through with the Dialogue well ahead of the approaching political season.”

He announced that the government had reached that the following recommendations after carefully deliberating the Committees’ Report be implemented:

The Federal Government also approved that the following steps be taken towards actualizing the National Conference:

Nominees could be submitted online through www.osgf.gov.ng or in hard copy to the Office of the Permanent Secretary (Special Duties Office), Office of the Secretary to the Government of the Federation, Federal Secretariat Complex, Phase I, 3rd Floor, Central Business District, Abuja.

The Conference will then be formally inaugurated when nominations are received and collated.