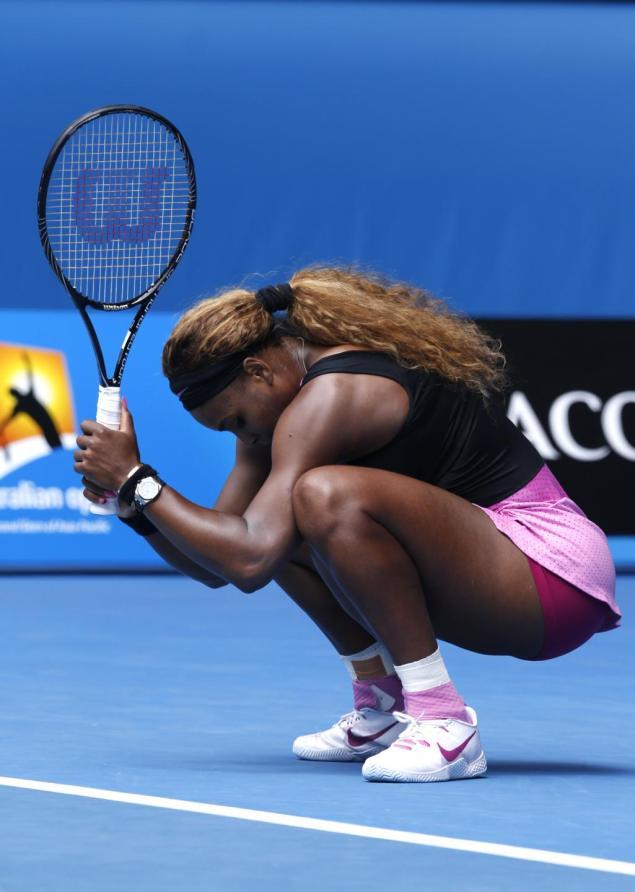 World-famous, Serena Williams has crashed out of the Australian Open which is ongoing. She crashed out against five-time champion, Ana Ivanovic.

Reports before the match claimed Williams had a back problem and the result proved so.

“I almost pulled out. I’m such a competitor, I probably should have,”

“I don’t want to blame anything. I feel like Ana deserves all the credit. I feel she played unbelievable today. I think she went for her shots.”

“It’s not anything that’s life threatening or anything. I feel like it will get better. I just need a couple days off. Unfortunately I don’t have that in a Grand Slam”, William said as she revealed she does not know the extent of the injury yet