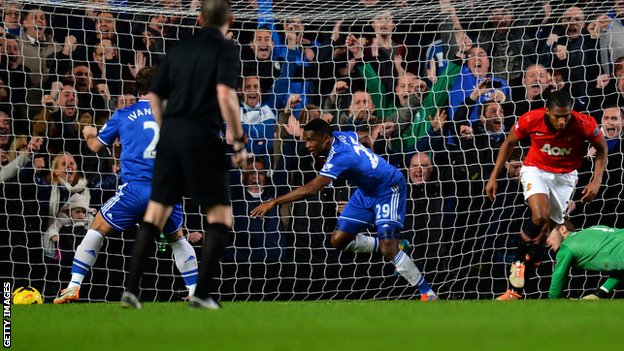 Manchester United’s title hopes were all but ended as Samuel Eto’o scored a hat-trick to give Chelsea victory.

David Moyes’s side started brightly but Eto’o opened the scoring with a shot that deflected off Michael Carrick.

Eto’o scored again just before the break, sweeping in from Gary Cahill’s cross, before stabbing in a third after the restart.

Javier Hernandez slid in a consolation but Nemanja Vidic was sent off late on to complete United’s misery.

Dennis Rodman Is Off To Rehab