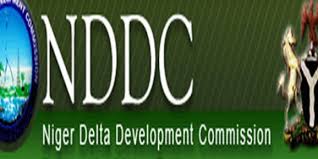 The Niger Delta Development Commission (NDDC) is owing its contractors N1trillion but only contractors whose jobs meet completion specification will be paid, chairman of the board, Senator Bassey Ewa Henshaw, has said.

Henshaw made this revelation in Calabar yesterday when he received in audience the Cross River State representative on the board, Mr. Paul Adah, but noting that despite the huge debt, the commission would not hesitate to embark on legacy projects that fit into the transformation agenda of the President Goodluck Jonathan administration.

The board, he noted, would heed the president’s advice not to award new contracts until all the existing ones are completed as the era of abandoning contract only to award new ones was over.

Adah had earlier on inspection tour of projects in the state, told contractors working for NDDC to work round the clock in order to complete their jobs on time for a careful assessment of achievements of the board.

The former House of Representatives member explained that timely completion of the Adiabor-Eseku Road would ease traffic on the Calabar-Itu Highway as commuters entering the state from Akwa Ibom State and other neighbouring states in the South-south and South-east regions can easily divert to the new road.

During their interaction, Henshaw told Adah that the board would adhere strictly to the directive of the president on embargo on the award of new contracts.

“We will follow the president’s directive on, ‘no award of new contracts. Part of the reasons that was responsible for the inability of contractors to do their jobs was lack of monitoring and proper evaluation of work done.

“To solve this problem, we will engage professional consultant to monitor and evaluate the state of work done on the sites of all the projects in order to enable us get first-hand information. The state of abandoned projects is worrisome.

“We are also worried about the debt incurred by the commission. We may not have funds to pay the debt which is over N1trillion but all the contractors whose jobs are certified in line with the specification of the commission will be paid,” Henshaw said.

He also promised that the commission would embark on legacy projects that would have long lasting effect on the people of the Niger Delta area and the country in general.

Expressing worry over the high debt profile, Adah who visited a key project embarked upon by the commission at the Afokang Prison in Calabar, said it was embarrassing to hear that contractors were being owed over a long period of time.

Adah had earlier met with staff of the commission in Cross River State and also paid working visit to the Paramount Ruler of Bakassi, Etim Okon Edet, where he said the new board would not condone such act.

The commissioner criticised some staff of the commission over their attitude towards work, saying the mandate of the new board was to quickly key into the transformation agenda of the president.

Panic In Maiduguri, Residents Mistook Laptop Bag For An IED