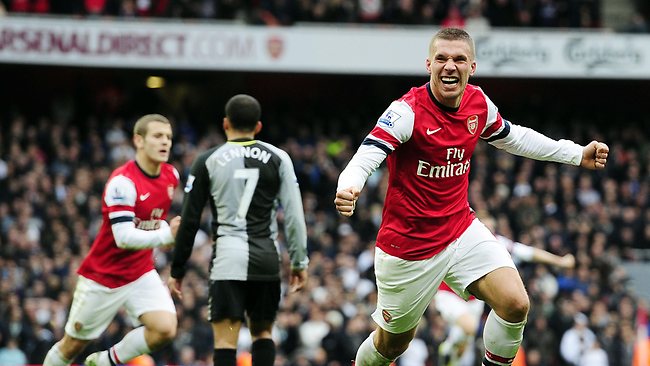 Lukas Podolski keeps winning the Arsenal fans over weekly and he is fast becoming the fans’ favourite.

In a question and answer session on the German’s Twitter page, one of Podolski’s fan asked:

‘If you had a choice would you rather play for Tottenham or retire?’

Podolski was quick to reply ‘retire’. The Arsenal fans would love him fore this definitely just as Tottenham fans will despise him more considering the rivalry between both clubs

What do you think of Podolski’s response

Related Topics:TwitterArsenalTottenhamLukas Podolski
Up Next