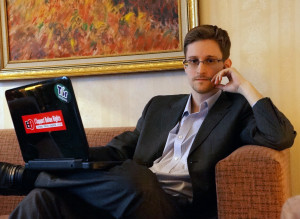 WASHINGTON, Jan 14 (Reuters) – The U.S. National Security Agency has put software in almost 100,000 computers around the world allowing it to carry out surveillance on those devices and could provide a digital highway for cyberattacks, the New York Times reported on Tuesday.

The NSA has planted most of the software through getting access to computer networks, but has also used a secret technology that allows it entry even to computers not connected to the Internet, the Times said, citing U.S. officials, computer experts and documents leaked by former NSA contractor Edward Snowden.

The Times said the technology had been in use since at least 2008 and relied on a covert channel of radio waves transmitted from tiny circuit boards and USB cards secretly inserted in the computers.

“The radio frequency technology has helped solve one of the biggest problems facing American intelligence agencies for years: getting into computers that adversaries, and some American partners, have tried to make impervious to spying or cyberattack,” the newspaper said. “In most cases, the radio frequency hardware must be physically inserted by a spy, a manufacturer or an unwitting user.”

Frequent targets of the program, code-named Quantum, have included units of the Chinese military, which Washington has accused of conducting digital attacks on U.S. military and industrial targets, the Times said.

The newspaper said the program had also succeeded in planting software in Russian military networks as well as systems used by Mexican police and drug cartels, European Union trade institutions and allies such as Saudi Arabia, India and Pakistan.

The Times said there was no evidence the NSA had implanted software or used the radio technology inside the United States.

“NSA’s activities are focused and specifically deployed against – and only against – valid foreign intelligence targets in response to intelligence requirements,” the Times quoted an agency spokeswoman as saying.

Questions about U.S. government spying on civilians and foreign officials burst into the open in June when Snowden, now living in asylum in Russia, leaked documents outlining widespread collection of telephone metadata and email.

President Barack Obama plans to unveil on Friday a series of intelligence reforms, including how the NSA operates, with a view toward giving Americans more confidence their privacy is not being violated.