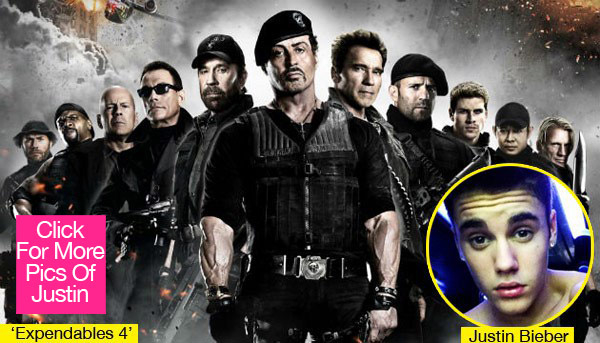 Pop star, Justin Bieber will feature in the fourth part of action star-packed series ,The Expendables. Another actor in the Expendables 4, Terry Crews revealed this.

Expendables 4 is expected to be released in 2016

“The next one, I am telling you, Justin Bieber is coming for ‘The Expendables 4,’”

“That is for real, Bieber in ‘Expendables 4,’” Terry added. ”We are going to shoot him all at the same time. It will be wonderful”, Crews told Confidential.

Some Scenes of Expendables 4 will be shot in Bulgaria

Ciara Reveals She Is Pregnant For Her Man, Future