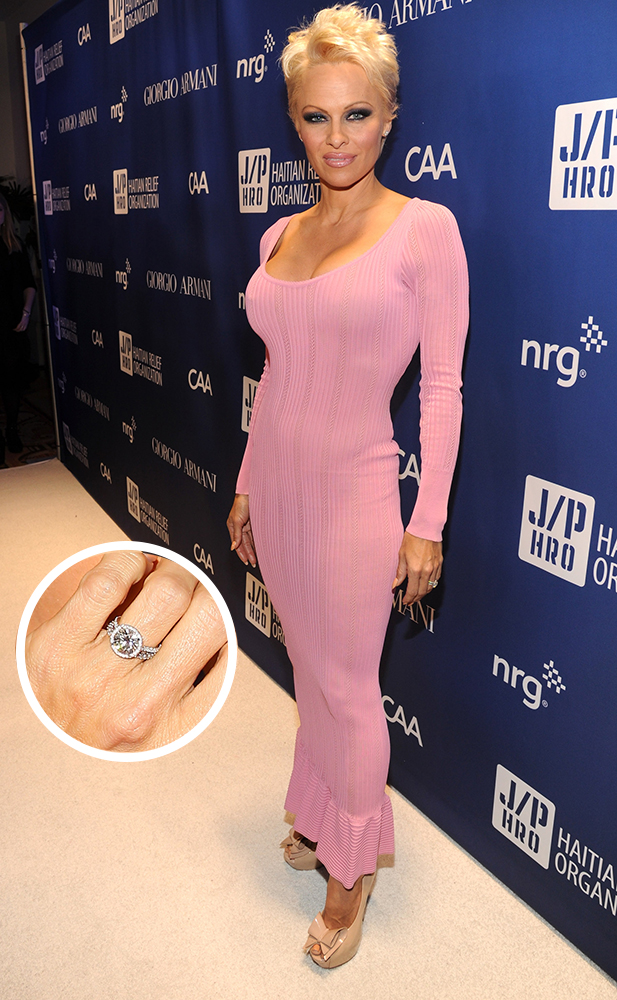 The “Baywatch” alum was looking pretty in pink and wearing a huge new diamond ring on the red carpet at Sean Penn’s Help Haiti Gala in Los Angeles on Saturday night. The 46-year-old told E! News that she’s once again off the market, having quietly tied the knot with the producer.

A rep for Anderson has not yet responded to Yahoo’s request for comment about her marriage.

This is Anderson’s second time down the aisle with Salomon. They first said “I do” in Las Vegas in 2007. At the time, she was working as a magician’s assistant in a stage act at Planet Hollywood Resort & Casino. After the 7 p.m. show, she left to marry Salomon, 45, during her 90-minute break. She was then back in time for the 10 p.m. performance.

They split almost immediately and annulled the marriage in 2008.

Lupita Nyong’o Dazzles Everyone On Dazed And Confused Cover