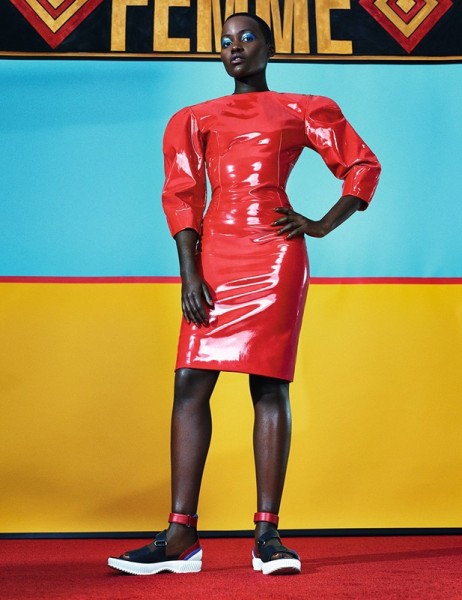 Kenyan Actress Lupita Nyong’o beautifully seats on the cover of the February 2014 issue of youth culture magazine, Dazed & Confused. The 12 years A Slave actress was referred by the magazine as one of the girls that rule the world.

An excerpt from the magazine feature reads:

Breakout 12 Years a Slave star Lupita Nyong’o, the face of Miu Miu’s SS14 campaign, fronts our “Girls Rule the World” issue in a shoot by Sharif Hamza, styled by Robbie Spencer. We meet the striking Kenyan actress in New York to discuss the making of Steve McQueen’s uncompromising film and how she aims to shatter stereotypes of women in Hollywood.

Related Topics:Lupita Nyong'o12 Years A SlaveDazed And Confused
Up Next

Phenom Shows How Phenomenal He Is On The B.R.A EP