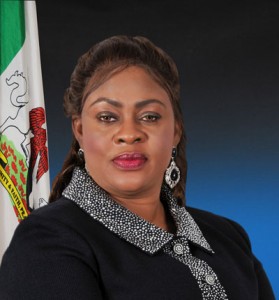 The beauty of the Internet is that you can hear the world in thought.

Mrs. Stella Oduah, Nigeria’s Minister of Aviation, has been the subject of considerable fascination because of grievous allegations of corruption against her for which she was indicted by the House of Representatives.

She was found guilty of misappropriating funds of the Nigeria Civil Aviation Authority, a department in her Ministry, “spending” a scandalous N255 million to buy two luxury cars for her own use. The cars were far less expensive that the sums she “spent” on them, in Nigerian parlance, she may simply have eaten the money.

I am one of the most fervent advocates of SaharaReporters, which broke the story in October 2013. If you understand that the principal mission of SaharaReporters (its editorial philosophy is available on the website) is to combat corruption, my support is not difficult to place.

In the government of Mr. Goodluck Jonathan, Mrs. Oduah may be the hardest-working person or the strongest fighter. That is not the issue.

As Aviation Minister, she may have built 100 airports and renovated another 100. That is not the issue.

The issue is that, particularly in a government which claims to be “transforming” Nigeria, she was found guilty of shameless acts of greed and corruption.

As it turns out, that was Act One.

Last week, reports emerged that she may also be a certificate forger, in a country where forgery is a crime.

She may well be innocent, but the allegations are extremely disturbing. First, she claimed to have obtained an MBA, a rather distinguished and specialized advanced degree.

As it turns out, she could not have obtained the MBA because the institution has never had such a programme. In other words, Mrs. Oduah must have printed the certificate in Oshodi or Aba or Isale Eko.

Finally—one hopes this is the final entry in the infamous dossier—she claimed to have been honoured with a Ph.D by another institution.

This time, it turns out the ‘awarding’ institution does not even exist. That certificate may have been printed by anyone, anywhere.

What this means is that we have in the federal cabinet someone who had no compunctions about lying to the Senate or to the people of Nigeria.

Now, to hear some Nigerians speaking on the Stella Oduah story, these allegations are the product of a “conspiracy” and against the Igbo. For my readers who do not know, Mrs. Oduah is Igbo.

In simple language, Mrs. Oduah has been indicted for fraud. The material evidence examined by the House showed that, contrary to the provisions of the budget under which she was acting, she spent federal funds on herself: excessively, insensitively and irresponsibly.

To the best of my knowledge, she did not take that decision on behalf of her ethnic group. She took the decision because of the prevailing and debilitating culture of impunity in Nigeria, and because she is irresponsible and greedy.

She took that action because she cared far more about herself than about the people she swore to serve.

In most other countries of the world, Mrs. Oduah would have been punished under the law. In Mr. Goodluck Jonathan’s Nigeria, she did not even receive an official reprimand.

On account of her impunity, and aided by the weakness of Mr. Jonathan, the Minister attracted considerable public attention, and further media scrutiny.

Some people have not noticed, but the mass media has evolved. It has now grown to involve players who think that journalism may be too important to be left to journalists. They call themselves citizen journalists or citizen reporters. They go where the traditional media would not. They go where the traditional media cannot. They take advantage of their passions and emerging technologies to report their world with greater ferocity. You cannot blame them for reporting crimes you should not have committed.

As difficult as it may be for some Nigerians to believe, some of these reporters cannot be bought with money, no matter how many bales of it are on offer.

That is why, at a time that only the truth could have set the Minister free, it turned out she has been in the lying business for a very long time.

To be fair to Mrs. Odua, people have always forged certificates. In times past, however, the media, even if it was interested, lacked the resources to dig into these things. For certificate forgers and assorted official liars, that has changed. Today, you can print the same certificates or make any claims you wish, but you ought not to complain when you are found out, cruelly.

Some crooks will not be found out, ever. That has always been the nature of things: some people get away with murder and mayhem. Some others, alas, only have to spit in the wrong place, or at the wrong time.

When Mrs. Oduah was making her claims, she was not doing so with her ethnic group or her family in mind. She was driven by her personal ambitions and her greed. She wanted to get ahead of others.

Mrs. Oduah is an embarrassment to herself, but she has embarrassed her country even more, and she ought to pay the price. Actually, but for Nigeria’s weak and groveling leadership, she ought to have paid the price months ago.

Anyone who knows Nigeria knows the Igbo are an enterprising and hardworking people. Oduah’s certificate scandal is a sad comment on all Nigerians who work hard for their qualifications. It is an affront for anyone to say that in Mrs. Oduah, the Igbo are being victimized for crimes that she committed, or that someone is being paid to report her crimes as a person.

What this really underlines is how pathetic the so-called Transformation Agenda is. It lacks an ethical foundation, just as it lacks purpose, and is unveiled as the cheap propaganda tool that it is. Again and again, Mrs. Oduah has provided President Jonathan with the opportunity to go beyond the words people put in his mouth and act like a man who can lead.

He has demonstrated, instead, that he lacks the capacity. In the end, Mr. Jonathan’s frightening achievement may not be the children he failed to send to school or the roads he failed to build, but his subtle re-definition of right and wrong, creating a new Nigerian on the road to hell.