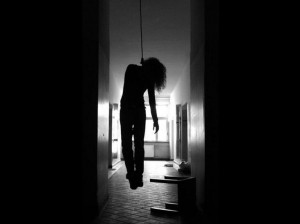 Wife of the former registrar of the Ambrose Alli Unversity, Mrs. Kate Edokpayi, was found dead after committing suicide.

The body of Mrs Kate was discovered by her husband, Mr. Larry Edokpayi, in one of the rooms in their boy’s quarters located at the University town of Ekpoma, in Edo State.

Although she did not leave any suicide note, it was, however, learnt that she might have been frustrated over her health challenges.
It was gathered that she had repeatedly expressed frustration over her inability to get cure for her diabetic condition.

Vanguard learnt that the husband, who recently retired from the service of the university, had suspected kidnapping after a long search before he was advised to check the boy’s quarters.
On getting to the quarters, he was said to have observed that the door was bolted from behind and forced it open. He was shocked to see the dangling body of his wife at the ceiling.
She was an Assistant Director with the Edo State Ministry of Education, overseeing the ministry’s office in the Ekpoma before her death.

Erelu Abiola Dosunmu Passes On At 79