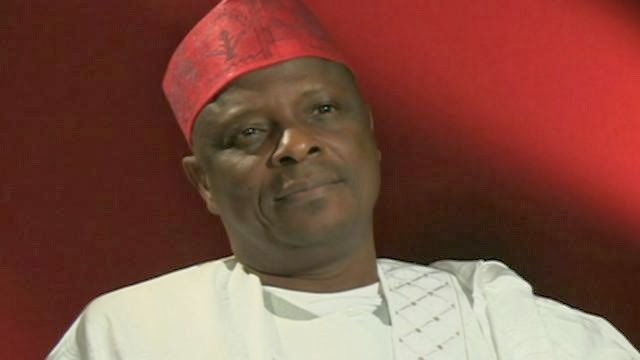 Kano State Chief Executive, Rabiu Kwankwanso is of the opinion that President Goodluck Jonathan lacks the competence and guts to manage Nigeria’s affairs. He believes Nigeria is heading for calamity because of the President’s incompetence.

He was speaking during a meeting with the leadership of Northern Elders Forum in Kano on Tuesday night. The Kano state governor also said that the 2014 budget shows that the Federal Government favoured the South-South and the South-East as against the North.

Kwankwaso had last month pitched his tent with the All Progressives Congress (APC) after defecting from the ruling People’s Democratic Party (PDP), after months of irreconcilable differences with the President and the party leadership.

It is being suggested that Kwankwanso may be the APC’s Presidential Candidate in 2015 and may likely go head-to-head with President Jonathan if the latter seeks re-election then.

“When we met with the president, as Northern governors, he told us that the former US Secretary of State, Lady Clinton, told him that as President he has to look at the issue of the North very critically. She noted that there was an imbalance in terms of patronage, appointments and sharing of resources.
“He assured that he was looking at those comments and that was why he was delaying appointments into boards and so on. Since that meeting, we have not seen anything or changes, so it is my conclusion that the President lacks the capacity and courage to do the right thing.”
Kwankwaso, who was quoted in a statement by his spokesman Halilu Ibrahim Dantiye, said the Federal Government’s 2014 budget is heavily skewed in favour of the South-South and South-East, and ignored the needs of the North.
He said a situation where a section of the country is suffering from illiteracy, underdevelopment and misery while the other section has more than enough is not good for national unity.
“We have had enough crises in this country and it is not right to plant seeds for crisis in the future,” he said.
“Look at the North East that was allocated N2 billion in the current budget. N2 billion is what Mr. President allocated to non-APC states for supporting him, while N111 billion was allocated to the South-East and South-South. This is not close to fairness.”

He decried the level of poverty, insecurity and joblessness in the North and made it clear his position on national issues was not premised on religion, ethnicity or sectionalism but based on equity for all Nigerians.

NHRC To Convene A Meeting Over Obasanjo’s Snipers’ Training Allegation