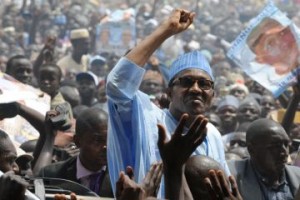 With the 2015 elections inching closer, the political decibel is expectedly rising. Permutations about possible candidates for various political offices are also on the increase, just like the prospects of the various political parties. One man whose name has been touted severally from the opposition camp as an aspirant for the nation’s presidency is General Muhammadu Buhari. Not only have his political speeches turned up a notch, his actions have confirmed his interest in the position.

The question is, what really does Buhari want? His decision last year to stand elections, once again, for the presidency of Nigeria after three failed attempts in 2003, 2007 and 2011, has continued to raise eyebrows. Not only is it a volte face from his earlier promise to give way to the younger generation, his ambition-legitimate as it is-is disturbing as it is increasingly assuming the form of desperation. In this attempt to analyse his unusual zealotry, it is easy to explain why his quest will be difficult to realize.

To many Nigerians, Buhari does not come across as an overly ambitious, run-of-the-mill Nigerian politician. His public posturing is that of a humble man whose drive for power is for altruistic reasons. A man who, under successive military dispensations, held virtually all important political positions in the land-state governor, minister and Head of State-Buhari projects his persona as a man of integrity who, seemingly, has not been tainted by corruption.

That posturing is just on the surface. Behind that façade lies a deep-seated craving for power, which has been obvious since his much-criticized overthrow of the Shagari presidency in 1983 on the flimsiest of excuses. Not only did his sacking of that civilian administration set the country backwards by several decades, the way he also went about exercising his power gave the first revelation of his character as a man whose decision can be influenced by extraneous considerations. Many are right, therefore, in concluding that he is driving his presidential ambition too far, and in a manner that can rightly be interpreted as desperate.

Just recently, he insisted that his All Progressives Congress (APC) would win the 2015 general elections and would rule Nigeria no matter the opposition from other political parties. Although he did not say so while addressing his party faithful at the sensitization rally in Port Harcourt, it is obvious Buhari is already seeing himself in the contest with him flying the APC flag. That’s interesting but if one may ask: what indices have changed in the political equation to gives him such confidence?

He has possibly forgotten the message serially delivered by Nigerians in 2003, 2007 and as recent as Saturday, 16 April, 2011 when the Congress for Progressive Change, on which platform he contested, lost the 2011 presidential election to President Goodluck Jonathan of the Peoples Democratic Party. Not only was the defeat emphatic, it was also believed to signpost Buhari’s journey to political retirement after a career in which his electoral performance has always been far below his rating. He also may not realize that his aspiration will so polarize the APC that his ambition will suffer the usual stillbirth.

Buhari’s past will always haunt him politically. His actions as military Head of State between December 1983 and August 1985, the documented cases of ethnic bias against him, his tainted democratic credentials, his flawed judgment on public policy and his warped worldview, have been the reasons for his failure in successive presidential contests from 2003 to 2011. The year 2015 will likely not be different. A few of such issues will suffice.

The charge of ethnic bias has trailed Buhari throughout his public life. It manifested in 1984 when he bent the rules to accommodate the father of his then aide-de-camp, who had smuggled in 53 suitcases reportedly loaded with Nigerian currency when he had purportedly shut the borders for a change of the Nigerian currency. Also, as chairman of the defunct Petroleum Trust Fund (PTF) that was set up by the late General Sani Abacha, he converted what was a national assignment to the benefit of a certain section of the country. At the end of the PTF activities, those who had viewed Buhari as a nationalist were dismayed to discover that he ran the PTF like a sectional enclave.

His cancellation of the Lagos metro line project conceived by Second Republic governor of Lagos State, Lateef Jakande, is an instance of poor judgment of public policy. That singular act on that project, designed to build underground transport system to address the chaotic traffic situation in the state, is still blamed for the transportation challenges in that mega city. It was as thoughtless as the retroactive law which led to the trial and eventual execution of two drug peddlers, Batholomew Owoh and Bernard Ogedengbe, as well as the obnoxious Decree 4 under which two prominent journalists, Tunde Thompson and Nduka Irabor, were jailed for a story they published in The Guardian newspapers. Buhari’s government’s attempt to kidnap Umaru Dikko, Second Republic Transport minister, who had taken refuge as an exile in London, was another unsettling action which caused diplomatic uproar between Nigeria and Britain at that time.

In spite of all these baggage, Buhari continues to harbor the erroneous belief that his personal charisma among a few Northerners and his usual appeal to undue fundamentalism were enough to drive his presidential aspiration. How wrong! Not only have his campaigns been anchored on such erroneous assumptions, they are also hardly credited with good tactics, strategy and a structure to drive them.

Despite Buhari’s pretentions to democratic ideals, the fear persists that, if given the opportunity, his government would jettison liberal norms in favour of draconian rules. Both the business and political elite in Nigeria share this belief and distrust of Buhari who has done little to douse the fear. At the NN24 presidential debate towards the 2011 elections, he gave an indication that if elected he would institute an inquiry into how money was spent by previous governments. Good, but the people’s fears are still not misplaced, mainly because Buhari has a long history of discrimination when applying the big stick.

The discriminatory manner in which he handled events after the 1983 coup is a case in point. Hoisting himself on the totem pole of moral rectitude and discipline, Buhari had proclaimed the Shagari civilian administration corrupt and had commenced an anti-corruption crusade that first received accolades until it became obvious he was sectional in applying it. A section of Nigerians will never forget how Vice President Ekwueme was roasted, literally, at Ikoyi prison by Buhari, at a time his kinsman and head of the ‘corrupt’ regime, Shagari, was treated with kid gloves under house arrest in another part of Ikoyi.

At 72, Buhari has a duty to leave the stage with whatever is left of his reputation. He does not need to demystify himself any further. To many, he evokes memories of military dictatorship of the worst order. His statements threatening bloodshed should the 2011 elections be rigged did not surprise many. While his reference to ensuring that future elections are free of malpractice is noble, the threat, however veiled, was totally uncalled for. It was not statesmanlike, made worse by the fact he has refused to withdraw it or even offer an addendum. He needs to take some of the advice Nigerians are freely giving to his friend, Olusegun Obasanjo: the days of playing God are over and only Nigerians freely expressing their electoral choices can determine who would become their president.

Reno Omokri: The APC Should Stick to Issues Not Insults