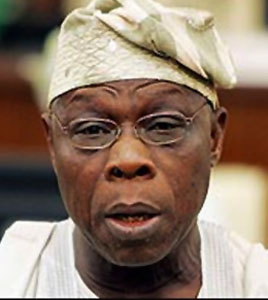 Yesterday (Tuesday), former Nigerian President, Chief Olusegun Obasanjo revealed he was unfazed by the recent letters written to him and remarks made about him since he wrote an open controversial letter to President Goodluck Jonathan.

While speaking to PUNCH Newspaper through his media aide, Tunde Oladunjoye he said he was even ready to face the People’s Democratic Party’s Board of Trustees over his letter.

Obasanjo has also revealed he is not at war with President Jonathan.

The most recent letter to Obasanjo came from Former Federal Commissioner of Information and Ijaw leader, Chief Edwin Clark

“I was with him (Obasanjo) this (Tuesday) morning in Abeokuta for about five hours. He received some visitors. He was full of life. He was in high spirits. He was playing Ayo game. He bears no one no grudge.

“After being with him for about five hours, he told me, ‘Tunde I want to go and sleep.’ That means he has not lost sleep, regardless of abuse, rantings and insults. If I am to use his words, I will tell you that Baba still dey kampe.”

“I want to tell you that Chief Obasanjo is not at war with anybody, including President Jonathan.

“He has always maintained that his doors are open to all Nigerians, regardless of political affiliations. If members of the BoT decide to visit him, it will not be the first time. If he is in the country, he will receive them.”