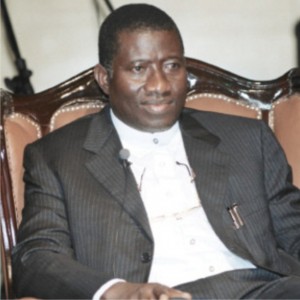 “Out of Africa”, wrote Pliny about two thousand years ago, “always something new”. Perhaps Pliny had the GEJ administration in mind when he made his observations. This administration has attained near-notoriety for always having “something new” and mostly headline worthy for public consumption. Take for example, the recent revelation by a leading news blog that President Jonathan was caught off guard, getting drunk while on official duty. A passive observer will be forgiven for thinking that this is yet another example of “something new” in Aso rock, coming, once again, from the GEJ administration. But I am not a passive observer. Most people with the interest of the country at heart are not passive observers. Indeed we are mostly keen observers of the happenings in the Nigerian political and economic space. So we know better than to be misled by creative news reporting aimed only at attracting readership.

It has also come to my notice that some sections of the media, especially the “activist” journalism segment of it, claim that because the elections are barely a year away, there will be a reduction in government projects under this administration until after the elections. In other words, there will be nothing new from the President Jonathan administration. Nothing could be further from the truth.

If there is any evidence that this administration is irrevocably committed to bringing in something new in its quest for the transformation of Nigeria, it is the New Year address of Mr President. In that address, he chronicled the successes recorded so far and renewed his promises for 2014.

The President flaunted his achievements to include; the implementation of the power sector reforms roadmap aimed at ensuring steady power supply by completing NIPP Power plants, PHCN Privatisation and massive upgrade of thetransmission grid.

He also talked about the revolution in the agricultural sector and theevident results which include the near elimination of corruption in the subsidized Agro input distribution system (as 4.2m farmers now obtain their fertilizers and seeds directly through an e-wallet system) and better crop yield. A higher domestic food production was attained leading to a significant reduction of food imports from N1.1 trillion in 2011, to N648 billion in 2012, placing Nigeria firmly on the path to food self-sufficiency.

He highlighted the giant strides recorded by the government in infrastructural development; the massive works on all major federal highways, rehabilitation of railways, remodelling of Airports, construction of dams and port reforms.

In education, the President reiterated that no other administration had funded education more than his administration. Between 2007 and 2013, they have almost tripled the allocation for education from N224 billion to N634 billion. They have also constructed 125 Almajiri schools and established 12 new universities. In 2013, they rehabilitated 352 laboratories and constructed 72 new libraries in the Federal Unity Schools and also rehabilitated laboratories of all the 51 Federal and State polytechnics across the country.

Those who think that nothing else would happen ahead of 2015 elections have failed to understand that Jonathan’s Aso rock is like Pliny’s perception of Africa- a place where something new is bound to happen. There is never a dull moment. More projects, policies and reforms in key sectors are in the offing.

On December 27 2013, when previous administrations would have gone to party for the Yuletide, the Jonathan administration announced a review of the cost of the second Niger Bridge. The Minister of Transport said that the second Niger Bridge design had been completed and serious work was to commence after an ongoing downward review of the contract sum by FG.

Labaran Maku, Minister of Information and supervisory Minister of Defence, addressed the press on December 31st, 2014. He reassured Nigerians that the ongoing reconstruction of major highways like Lagos-Ibadan and Enugu-Port Harcourt expressway will record significant progress as FG has mobilised contractors to site. The key focus of the 2014 Budget is to continue and complete all ongoing projects.

The FG has also announced that the BPE/NCP will commence the privatisation of the newly completed NIPP Power plants this month in line with the power reforms roadmap of the transformation agenda. The Transition Electricity Market (TEM) is set to be declared open in the first quarter of 2014.

President Jonathan has also directed that NDDC should not undertake any new projects until all ongoing and abandoned projects are completed. That is very commendable. I watched NTA network news of January 2 2014 and saw the President host an investment meeting aimed at boosting foreign direct investment in the economy. Such meetings are part of the reasons that Nigeria has emerged as the fastest growing economy in Africa. Truly in Jonathan’s Aso Rock, there is never a dull moment.
________________________________________________________
Ebubedike Akabuwa is an Abuja based legal practitioner and member of the People’s Democratic Party (PDP). His Twitter handle @akaebube

Farouk Martins Aresa: Ndi-Igbo Loved & Cherished By Most At Home