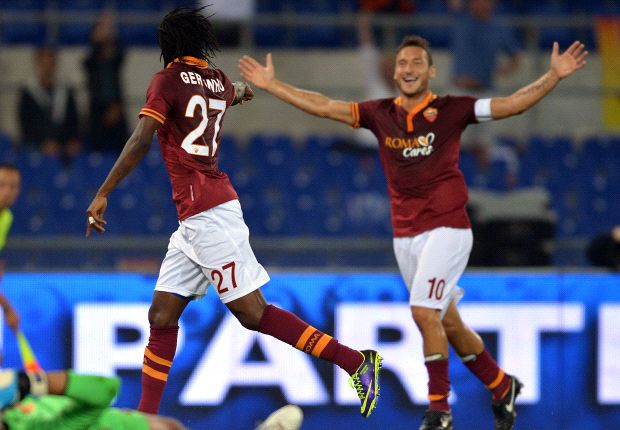 Italian footballer, Francesco Totti feels his Ivorian Roma team-mate, Gervinho would be on the same level as Cristiano Ronaldo if he scored more goals.

The Ivorian has proven his worth at the Stadio Olimpico since joining the Giallorossi from English outfit Arsenal last summer.

Gervinho may have only hit four goals in Serie A so far but Totti is so far impressed with his overall play, power and pace and was quick to compare him with Real Madrid’s Cristiano Ronaldo

“I had seen him two or three times at Arsenal, but up close he is a beast,” the Roma captain is quoted as saying by Gazzetta dello Sport.
“If he also scored goals, he would be Cristiano Ronaldo and Roma would never have got him.”