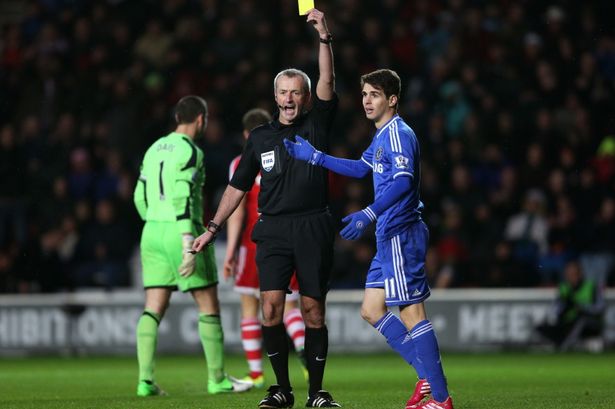 Now, his player had been found guilty for the same offence and Mou did not spare Oscar’s blushes

“A good decision by Atkinson [to book Oscar]. Oscar deserved the card today.” Mourinho said after the match

Emenike Is Hoping To Prove Himself In Brazil