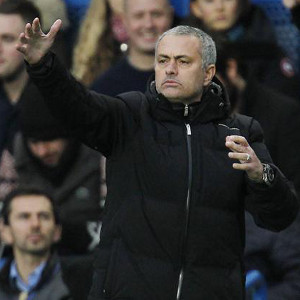 The Reds opened the scoring through Martin Skrtel but the Blues came back through goals from Eden Hazard and Samuel Eto’o to secure a 2-1 win.

However, Mourinho believes Hazard was denied a legitimate penalty shout during the match, while Suarez should have been cautioned for simulation later on in the game.

“On the other situation with Suarez I would resolve this differently with a yellow card for Luis Suarez.

“I keep saying I hate players trying to provoke situations. Luis is an amazing player and I have lots of respect for his quality and his attitude of trying to win every game but sometimes he tries too much.

“(Samuel) Eto’o just put his body in front of him. It looks like somebody shot him.

“He does everything to win and Brendan (Rodgers) is doing a fantastic job on him because he’s changed. There’s no doubt that he’s changed.

“Culturally people from that area (South America), they like it. It’s not also that area. There’s a corner in Europe where I belong to, that they also like diving.”

Related Topics:sportsMourinhoChelsea manager
Up Next