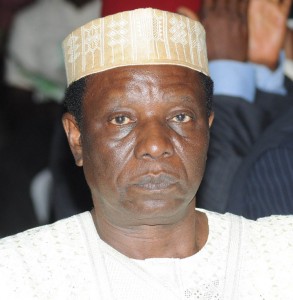 The end to the last long drawn-out university teachers’ strike means that students are set to return to school. On the basis of their experiences during the strike, they are likely to once again, face the reality of a wide gap between theory and practice.

In the area of mass communication for instance, many students may have to grapple with the real meaning and nature of communication. Having learnt that written communication is generally superior to other forms such as oral communication and body language, they would not easily comprehend why the choice of writing as a channel of communication by former President Olusegun Obasanjo (Obj) with President Goodluck Ebele Jonathan (GEJ) elicited so much anger from some people. Did the many angry commentators read Obj’s letter about which they made pedestrian comments?
If so, did they come across the aspect where the man said the letter in issue was not his first to GEJ? Why then, is this particular one special-is it because it was made public? Did Obj not impute that it was because the previous ones were not responded to? Did those who argued that an informal chat between the two leaders would have been a better option not comprehend Obj’s allegation that access to oral communication had become tedious? Again, why were people wasting their energies on who leaked the letter- can a letter whose author wanted to make his feelings public be described as leaked?

Even if Obj’s motive was as mischievous as his detractors would want the public to believe, the letter was no doubt useful to GEJ, his government and people of Nigeria. This is because it articulated inaccuracies/half- truths, false alarms, rumours, gossips, as well as publicly held allegations into a package for more robust handling. Obj thus served as a channel to the people’s leader to have first-hand knowledge of the popular grapevine so as to nib public dissatisfaction in the bud. Here, other national leaders fell below.
Another great leader that this season of letters has thrown up is President GEJ himself. His reactions to the former President’s letter repackaged him as a humble leader.

Many African leaders including Obj may not have been that tolerant. GEJ’s first reaction was reportedly an order to his aides to say nothing but to assure the nation that he would personally respond appropriately, which he has since done.

He in fact took time to explain the rationale, for joining issues with Obj. By his general demeanour, our President, with the awful powers at his disposal, behaved in line with an adage in my clime which says a great leader is that man of colossal strength who hardly fights. As usual, some people did not see his response as good enough. Such critics were not impressed with the argument that many societal ills were created before the era of Jonathan-they expected him to solve them so as to justify the people’s confidence in him. They also felt he should have frontally dealt with the issues of his own time like the armoured car scandal.
Some other persons are however happy with the response which they believed has turned the initial tempo of fear and anxiety which followed Obj’s letter into mere national discourse.
In particular, people were relieved that the alleged political watch-list was categorically refuted. As for the electoral issues contained in the letter, many Nigerians are wise enough on the basis of our convoluted political system not to believe either the allegation or the denial.

In short, Nigerians have lost nothing because letters were written and replied. The letters have indeed not deprived written communication of its value of being a qualitative mode of transmission of messages. Unlike body language which can easily be misread, written communication gives room for opinions and responses to be well considered and constructed.

Again, unlike oral communication which can easily be subjected to several versions, written communication is a permanent source of record which is difficult to deny. For example, if the controversial agreement on one term tenure between the President and some governors was written, the disputations on it would not have arisen.
Under certain circumstances however, written communication is ill-advisable. They include the writing of a letter to the blind or an illiterate person or when a man wants to communicate with his wife in their bedroom on a purely private matter that is not of public interest. African culture probably provides another example-abomination; where a child chooses to publicly abuse his parent. But when the subject is a matter of public interest, to write is no harm. It is by far better than to act like many statesmen in Nigeria, who always play the ‘good guy’ by doing nothing to upset the person who for the time being is in power, even if to so act does not favour the nation.

At the same time, some other leaders who cautioned Obj against letter writing only sent a dangerous signal, perhaps inadvertently, because what their caution suggests is that the content of Obj’s letter is correct but it should not have been sent through a letter.
It would have been a different ball game if those who condemned the letter had said clearly that having had the opportunity to discuss the issues canvassed in the letter with the President, they were sure Obj’s letter was mere false alarm. Put in question form, why did the leaders not controvert Obj instead of faulting mere methodology? Amusingly, some other leaders took the former President’s letter to be a case of the pot calling the kettle black, as if that means that the kettle is not black.
In all, Obasanjo and Jonathan’s letters appear better for democracy, because while silence which creates vacuum destroys, information empowers. So, people especially statesmen should learn to speak-out on national issues which can keep the nation in good stead all the time. If as the saying goes: those who speak will die and those who do not speak will also die, it means those who do not speak before they die will die without speaking to help humanity.
_____________________________________________________
Tonnie O. Iredia served as Member of the Management Board and Director General of Nigerian Television Authority and also serves as its Director.

Nigeria And The Leadership Shortage