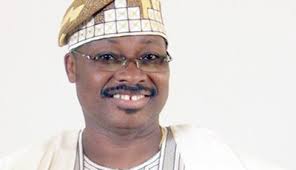 Governor Abiola Ajimobi of Oyo says all traders in the state’s 33 Local Government Areas (LGAs) will have access to government’s N300 million interest-free loan in January 2014.

Ajimobi gave the assurance on Sunday at an interactive session with market men and women, held at the House of Chiefs, Parliament Building at Secretariat, in Ibadan.

“Oyo state traders will be entitled to this interest-free loan. The loan will be co-ordinated by members of the executive organs of the six umbrella bodies of market associations in the state,’’ he said.

The governor said each of the bodies would receive N50 million, and urged the associations to ensure that the loan revolved among the members.

in 2014 to cater for traders who were banned from selling their wares along the roads.

“You are a different governor. We have never had it so good. Your tenure has witnessed a lot of good things for the people of the state. Once you make promises to the people, you ensure you fulfill them,’’ Oladapo said.

The traders also pledged their support for Ajimobi’s second term as governor, pledging that they would do everything to ensure his re-election “for the sake of continuity of good governance in the state’’.

The News Agency of Nigeria (NAN) reports that the interactive session involving the governor and the traders was aimed at strengthening the relationship between government and traders in the state.

Criminal Activities Of Citizens Should Be Blamed For Poor Electricity – Maku