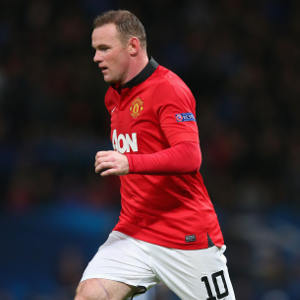 Wayne Rooney was a surprise absentee from Manchester United’s squad for their Premier League clash against Norwich on Saturday.

Rooney had scored in United’s 3-2 win at Hull on Boxing Day but just 48 hours later there was no sign of the England striker at Carrow Road.

The 28-year-old, who has scored 11 times for United this season, didn’t travel with the champions to Norfolk and there was no immediate explanation for his absence.

Defender Rafael da Silva also missed out with a groin problem and Serbia’s Nemanja Vidic returned as one of five changes by boss David Moyes.

El Shaarawy Out For Ten Weeks