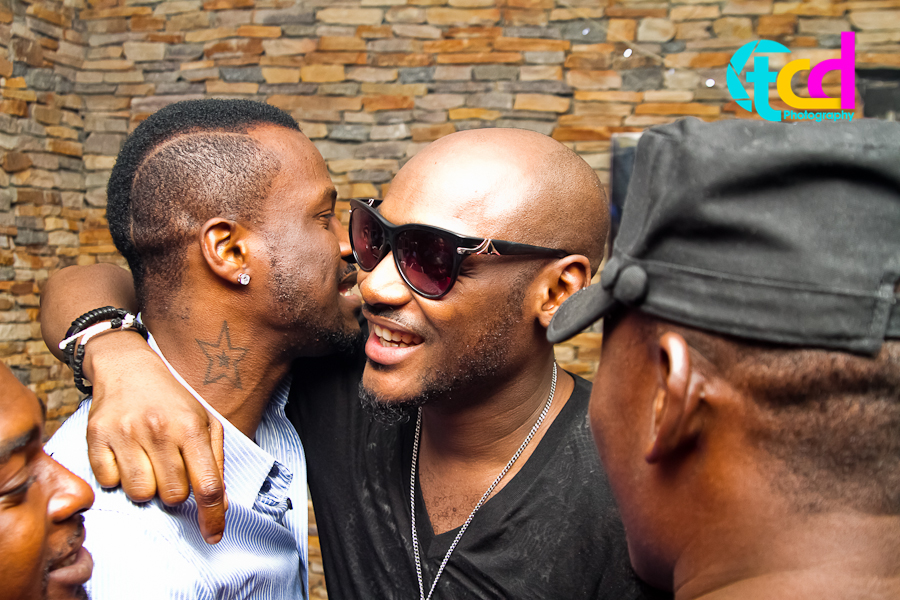 There is no doubt that the music business in Nigeria is big business.

Ventures Africa, after presenting the list of Nigerian billionaires, has now come up with a list of the “5 Richest Contemporary Entertainers In Nigeria”

Here they are below in no respective order:

He was also rumoured to have collected 30 million naira ($189,000) from the producers of the Phat Girls movie. Tuface has invested heavily in real estate and stocks, and made bug money from it. He once said his goal was to recover all the wealth taken from Africa.

Apart from his music interests, D’banj has moved into other sectors. His interests include Koko Mansion, a TV reality show, Koko Lounge, an upscale hangout in Lagos and the UK, Koko Foundation, a charity, and Koko Mobile. There are also rumours that he is set to launch Koko Records. The bulk of his money comes from endorsements – his endorsement deal with Globacom telecommunications cost 70 million naira ($442,000).

He has a multi-million naira endorsement with energy drink Power Fist, a deal with the makers of the Virgin Colour soft drink and another huge deal with a popular jeweller. Another endorsement which runs into millions is with Chris Aire, with D’banj acting as the face of his watches.

He collects between 5 million naira ($31,500) and 7 million naira ($44,200) as performance fee for local gigs, and even bigger fees across the rest of Africa and in the US and the UK. Like his old boss, Don Jazzy, D’banj also bagged a recording deal with Kanye West’s G.O.O.D Music. D’banj once said, “I work hard so that money, awards, endorsements, bookings and kokolets chase me.”

Real name Michael Enebeli, Don Jazzy, is the founder of now defunct Mo’Hits and now runs Mavin Records. He is one of the most sought after producers in Nigeria. As a child he was a member of Good Morning Kids, a group created by his father.

He is known for his business dexterity, building Mo’Hits from scratch to become one of the biggest entertainment empires in the country. He recently signed a recording deal with Kanye West – a move that not only boosted his reputation as an entertainer, but also his wealth.

Singing and dancing duo Peter and Paul Okoye won the KORA award for Best Africa Artiste in 2010, collecting a $1 million prize in the process. Shortly after, the duo got an endorsement deal with Globacom telecommunications worth about 240 million naira ($1.5 million) for four years. Their seven-city American tour in 2010 earned them a whopping $1m and have also built a house valued at 300 million naira ($1.9 million).

They own Rayfield Hotel, Jos, and two multi-million naira factories in the same city, where they built a multimillion naira bakery and sachet water companies for their parents. The bulk of their wealth comes from concerts, especially in Africa, where they charge about 2 million naira ($12,600) per show. They have sold over 14 million copies of their CDs since 2005.

Banky W has become one of the richest entertainers in the industry, making the bulk of his wealth from gigs, where he charges between 2.5 million naira ($15,800) and 3 million naira ($19,000) per show and performs three to four times each week.

A brand ambassador of Estisalat, one of Nigeria’s telecommunications giants, he also featured in Coca Cola-Nigeria’s World Cup theme song and Microsoft’s Anti-cyber Crime Initiative. An entrepreneur, Banky W has invested heavily in various businesses and also doubles as a philanthropist, founding the Mr. Capable Foundation, where he provides tuition fees for indigent and brilliant students. He is also the force behind EME music which has, arguably, the Nigeria’s fastest rising artiste (Wizkid) under the label.

Justin Bieber Announces That He Is “Officially Retiring”