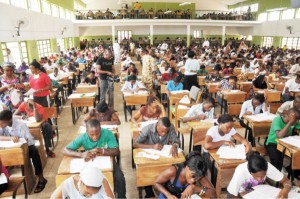 The 2012/2013 first semester examinations of the Bayero University Kano is said to have been fixed for January 20th 2013, Nigeria’s Vanguard reports..

The paper says a competent source to the Vice Chancellor of the institution said “the outcome was part of the resolution adopted by the institution highest body yesterday during a marathon meeting at the senate chamber of the school”.

The students of the institution are expected to return to campus January 1st, while normal academic activities resume the following day, according to the source who did not want his name in print.

The source was quoted to have said “the University management Committee had agreed for a two and half weeks comprehensive revision before the exams, adding that the grace would allow those who are yet to complete their course outline to do so before the exams.

The spokesman of the University, Alhaji Mustapha Zaharadeen reacting to the report said “what you have is not far from the truth”, adding” that the institution was never closed for a day while the industrial action embarked by the lecturers last”.

Advertisement
Related Topics:ASUUBUKNigerian Students
Up Next