Chude Jideonwo: Let Me Introduce You To The Winners Of The Future Awards Africa 2013 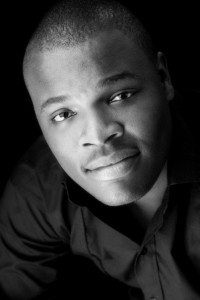 For two years now, I have heard the winner of The Future Awards Africa at the event alongside the guests – because it is a delight for me to see those excited faces, those shrieks of surprise, the applause the fills the room. The other people who are privy to the totals after the votes of the judges can carry that responsibility – and they have done a fine job of it these many years – I have found it infinitely more satisfying to be one with the audience.

People ask me why I do TFAA, what drives me – and I have said, amongst others, that I am a sucker for inspiration. I do this becausethese young people surprise, delight and inspire me as much as they do the millions who have been impacted by TFAA over the past eight seasons.

This year was no different. As I listened to the announcement winners, all of whom save for three I had never seen or met before the event, I was reminded of why I am so proud to be part of this generation – and to part of the process that provides a platform for these role models.

I cannot say enough of how proud I am of Otto Orondaam (TFAA Prize in Education), who is a second time winner of the awards and who has now ensured the education of 650 children across slums in Lagos. Or how proud I am of Dr. Saeed Jumah whose has effectively combined business and impact; building a clinic for those who cannot afford same in Kano – and who will now be supported by our partnership with the Tony Elumelu Foundation.

I am proud of Ifeoluwa Adebayo (TFAA Prize in Community Action) for his work in rebuilding the St. Michael’s Anglican Shool, and I am inspired by the 23-year-old Kingsley Ezeani (TFAA Prize in New Media) who founded InformatIonNigeria.com when he was barely 18 and whose site has over 1.5million Facebook friends and is one of Nigeria’s top 20.

I am proud of Hugo Obi (TFAA Prize in Science & Technology) who has been bold to confront both risk and failure in pushing the boundaries for the technology eco-system with Maliyo Games and I am inspired by Dr. Adanna Chukwuma (TFAA Prize in Public Service) who, through her work with Global Health Corps, stands as a model for duty – especially through advocacy for members of the US congress to maintain the budgets for child health and education in Sub-Saharan Africa.

I am proud of Kayode Temenu (TFAA Prize in Professional Service), just 29 and already broken numerous boundaries on the corporate ladder, one of the youngest in senior management at Unilever in the continent.

I am delighted to speak about Toyosi Ogunseye (TFAA Prize in Journalism), one of Nigeria’s youngest newspaper editors and who has broken some of this year’s must important stories the for Punch. As I am to tell you about Orode Ryan-Okpu, nominated four times and finally winning this year for her hugely inspiring and consistent work fighting breast and cervical cancer screening and treating at least 400 women and engaging over 10000 across Nigeria and Cameroon.

There is Kenneth Gyang 28, and winner of the TFAA Prize in Art & Culture, who has disrupted the film industry with the multiple award-winning ‘Confusion Na Wa’ funded by the Rotterdam Film Festival’s Hubert Bals Fund and shown at film festivals across the world, as well as TV dramas on EbonyLife and AfricaMagic. Then there is the critically acclaimed OC Ukeje, whose high-quality work finally got him the TFAA Prize in Entertainment Talent for his movies ‘Hoodrush’, ‘Alan Poza’, ‘2 Brides & a baby’ and representing Nigeria at plays for the London Olympics last year.

Have I told you about Uche Eze, editor of BellaNaija.com and pioneer in Nigeria’s online space, who won our award in conjunction with the British Council as International Young Media Entrepreneur of the Year? Or Precious Peter Nweke, who won the TFAA Prize in Agriculture, for his innovative fish farming business located at Umudike-Umuajuloke in Rivers?

I am just as proud of Opeyemi Awoyemi, Olalekun Olude and Ayodeji Adewunmi who pioneered job search online with Nigeria’s biggest job search engine, Jobberman.com – named this year by Forbes as one of Africa’s best entrepreneurs under 30.

Wrapping it all up is 32-year-old Ashish Thakkar, from Uganda – chief executive of Mara Group – who leads an all-star cast of honourees from Liberia, South Africa, Kenya, Malawi, Burkina Faso, Nigeria, Tanzania & Cameroon, taking The Africa Prize, for Young Person of the Year 2013.

Of course, I am also incredibly proud of the many nominated but who did not win, including Bilkiss Abiola, of WeCyclers who has helped over 3,400 households in Nigeria make money from their waste and Modestus Idoko, 20-year-old and based in Nsukka, whose design of a rocket propellant is now set to begin deployment. Because they are all shining lights for a generation.

More than 80 of these winners and nominees are people you haven’t heard or read about before, a Google search will not reveal extensive or even any detail in some cases, some don’t even have Twitter handles; but all deserve the national attention that TFAA 2013 will bring, as it has for many others in the past, including female farmer Mosunmola Umoru, Dustbin Estate Foundation founder, Tolulope Sangosanya and scientist Ify Aniebo.

We will be taking them across the North and South of the country to directly inspire hundreds of thousands. We have visited 26 states of Nigeria over the past 8 years with this mission, but the work of a change-maker is never done – and so we are set to do that again in 2014, across the continent.

Getting the plaque is only the beginning for these superstars.

Advertisement
Related Topics:Future Awards
Up Next

Emperor Jonathan: My Person Of The Year