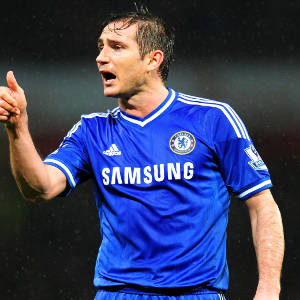 Arsenal missed their chance to return to the top of the Premier League after being held to a bruising 0-0 draw by title rivals Chelsea in a spiteful London derby on Monday.

This was the final English top-flight fixture before Christmas, but there was little festive cheer on display at the Emirates Stadium as Chelsea battered Arsenal with a series of bruising challenges.

John Obi Mikel was fortunate to avoid a red card after the Chelsea midfielder crunched into Mikel Arteta, while Arsenal also complained they should have had a penalty for Willian’s challenge on Theo Walcott.

It was a frustrating night for Arsenal manager Arsene Wenger, who failed to secure his first win over Jose Mourinho at the 10th attempt and as a result saw his side waste an opportunity to climb back above leaders Liverpool.

Instead, second placed Arsenal go into the Christmas programme level on points with Liverpool but behind the Anfield outfit on goal difference.

Chelsea, who moved up to fourth and are two points behind Liverpool, finished the more satisfied side after stifling Arsenal with ease and creating the better of the few chances on offer.

Wenger had admitted Arsenal had a point to prove after last weekend’s 6-3 thrashing at Manchester City prompted many pundits to question his team’s chances of lasting the pace in the title race, but this spluttering performance will hardly silence the doubters.

Mourinho sent Chelsea out in a 4-5-1 formation, with Fernando Torres as the lone striker, and that cautious approach worked impressively as Arsenal struggled to find any rhythm.

It didn’t help that torrential rain and gale-force winds lashed the Emirates throughout the match, making passing something of a lottery.

Frank Lampard made a typically intelligent run to meet Cesar Azpilicueta’s cross in the early stages, but for once the Chelsea midfielder’s clinical finishing deserted him and he scuffed a mistimed effort well wide.

Mourinho’s men finally cast off their defensive shackles just before the break and almost took the lead when Lampard met Eden Hazard’s pass with volley against the crossbar.

The ball rebounded to safety, but Arsenal were under the cosh again moments later when Torres tested Arsenal goalkeeper Wojciech Szczesny with a snap-shot on the turn.

Wenger was growing increasingly vexed on the touchline and he was furious when referee Mike Dean refused to even book Mikel for his aggressive lunge on Arteta.

Mikel’s eyes were on the ball when he went into the tackle and Arteta slid in with equal intent, but it was the Chelsea midfielder whose follow-through contained more menace and could easily have left the Spaniard nursing a serious injury.

Arsenal’s anger increased when they appealed in vain for a penalty after Willian’s challenge caught Walcott on the foot without making contact with the ball.

Willian squandered a golden opportunity to add to Arsenal’s angst when he shot straight at Szczesny after a rapid break caught the hosts out-numbered.

Arteta was the victim of another crunching tackle from Ramires, but the Brazilian escaped with just a booking.

By now Walcott, usually so mild mannered, had had enough and the winger responded by chopping down Azpilicueta, earning a yellow card of his own.

The tone of an already fiery match became ever more combustible after Chelsea defender Branislav Ivanovic caught Mesut Ozil and then started a bout of shoving with an incensed Kieran Gibbs.

Arsenal’s Tomas Rosicky sought retribution and went into the book for a crude foul on Ivanovic.

It was Arsenal who finished the stronger, with Giroud firing into the side-netting and then forcing Cech to block at his near post.

Bacary Sagna’s header was cleared off the line by Azpilicueta, but neither side deserved to take the points on an ugly night.

Related Topics:ChelseaArsenalPremier League
Up Next