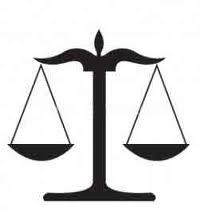 The Nigerian Bar Association (NBA) on Saturday expressed the need for corruption-free judiciary in 2014, saying that all necessary machinery should be put in place to achieve it.

The NBA President, Mr. Okey Wali (SAN), made the call in an interview with the News Agency of Nigeria (NAN) in Lagos.

Wali said as the year was gradually coming to an end, adequate steps should be taken to promote a more efficient judicial system in the coming year.

He said that 2014 should be characterised by a more efficient judicial system with adequate working machinery that would enhance effective justice delivery.

He said at present, judges were still saddled with the rigour of taking down proceedings in “long-hand,” saying that these were some of the problems to be remedied in 2014.

“A major problem which requires redress in the judiciary is the issue of funding, and this simply entails the provision of more working facilities to enhance a smooth operation of the system.

“The Nigerian judiciary is one that I know in this age and time, where judges still take down proceedings in longhand.

“If automated recording devices are provided in all our courts, proceedings will definitely be faster, and this will promote the speedy dispensation of justice,’’ he said.

Wali, however, noted that although some of the delays were caused by lawyers, litigants and judicial officers, such situations could be dealt with following practice direction of courts.

Related Topics:NBAJudiciaryNigerian Bar Association
Up Next