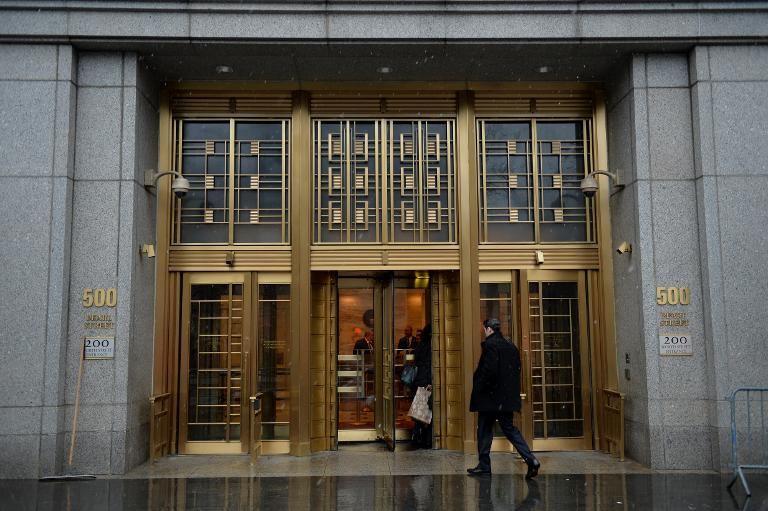 AFP/AFP/File – The entrance to Federal Court in New York where the trial of wine dealer Rudy Kurniawan started on December 10, 2013

(AFP) Star wine dealer Rudy Kurniawan was found guilty in a US federal court Wednesday of fraud by blending fake vintage wine in his kitchen and selling countless bottles to wealthy clients.

The jury took less than two hours to return a guilty verdict on two counts of wire and postal fraud against the 37-year-old, once considered one of the top five wine collectors in the world.

The Indonesian-born Kurniawan remained impassive as the verdict was read out. He faces up to 40 years in jail and will be sentenced at a later date.

Prosecutors said Kurniawan, whose 10-year career came to an abrupt end with his arrest in 2012, was an arch liar motivated by greed, who made millions selling fake vintages blended at home.

The defense portrayed a young man who desperately wanted to fit into the richer, older world of rare wine collectors, and of a man being held up as a scapegoat.

Morsi To Be Tried For ‘Espionage’, Hamas Ties

Fighting spreads Between South Sudanese Soldiers To Town Of Bor